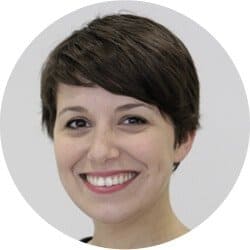 Recently I have had the great pleasure of participating in an event commemorating what would have been Willy Brandt’s 100th birthday in Berlin. During the conference we elaborated on his legacy together with his old friend Egon Bahr. The discussions were very inspiring, however they led to the sad conclusion that Willy Brandt is not enough remembered in Central and Eastern Europe.

Willy Brandt was indeed a very peculiar figure in the politics of his time; not eager to join the Cold War, sensitive to social injustice and prepared to dare more democracy. The fact that he was an Anti-Nazi activist during World War II for long was not recognized in Germany. He was often offended by his political opponents as a child of an illegitimate relationship or of being detached from Germany due to his long time in exile.

Several determined attempts finally resulted in him winning the German federal elections of 1969. However, this was just the beginning. The Kniefall in Warsaw in 1970 is one of the most iconic gestures of modern European history. Ironically enough, the one who took the blame was in fact beyond guilt, actively opposing Nazi terror and the atrocities of World War II. Poland took a special place in Brandt’s political agenda – as a moral center of his politics. This gesture of German recognition of responsibility for the Holocaust and the atrocities committed in Poland by the German occupation forces showed political and personal class. This moment, important as it was, was, however, primarily symbolic. What counts most are Brandt’s political actions. Experience gained while governing besieged West Berlin – an island of freedom and democracy in the sea of Stasi GDR – was a valuable lesson learned about the iron curtain, the Soviet Union and the Cold War.

The Ostverträge proved Brandt’s understanding for the ultimate goal of peace and security in the region over nationalistic ambitions and historical amnesia. Egon Bahr’s strategy of ‘change through cooperation’ (Wandel durch Annäherung) created a new quality in international relations, opening more doors than the arms race. The Treaty of Warsaw – at first so controversial in German society and so unbearable for conservatives tirelessly demanding reunification with Silesia – turned out to be the beginning of new era in Polish-German relations. After all, the main goal was to abolish the iron curtain and Poland as a socialist but relatively independent state had the potential to be the forerunner. Unfortunately, change took longer than Brandt would have wanted.

One has to keep in mind that parallel to redefining ties with Poland and balancing relations with the USSR, Germany still remained divided internally. This was naturally Brandt’s biggest concern, to reunite ‘what belongs together’. This perspective shows the double importance of the treaty with Poland. Brandt was legitimizing the border of East Germany being the Chancellor of the West. The CDU’s reluctance and stubbornness in a accepting Willy Brandt’s politics was very short sighted – the chance for restoring the old status quo was minuscule if there at all. Brandt’s pragmatism ended the time of temporary ceasefire. Rightfully so, one of the SPD’s election slogans was ‘So that you can live in peace also tomorrow’ (Damit Sie auch morgen in Frieden leben können, 1969).

The Kniefall of Willy Brandt 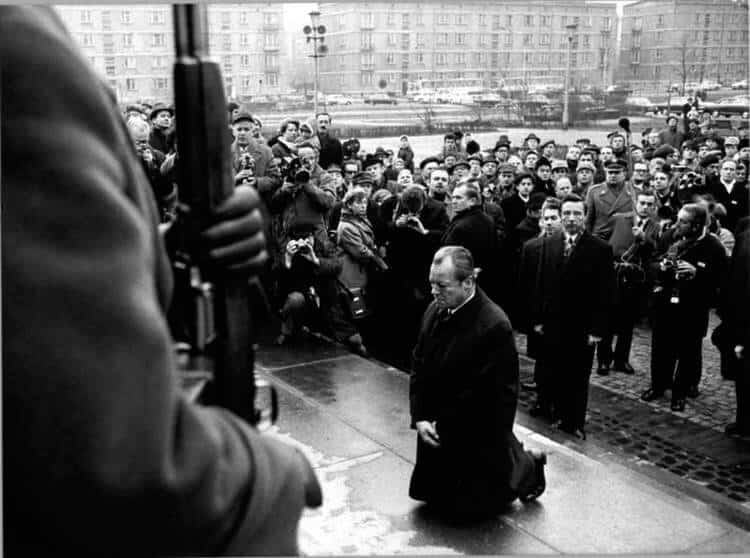 Willy Brandt kneels at the memorial to the heroes of the Warsaw Ghetto Uprising, December 7, 1970 – Bundesregierung/Reineke

I was born in Breslau, today known as Wrocław. After the war chaos my ancestors came to the lands known as ‘regained’ to the Poles and ‘lost’ to the Germans. History is never black or white and so gains and losses grow side by side. The repatriated took over the households abandoned first by German refugees, then by expellees. Thus, the history of Lower Silesia as well as the whole chronicle of Polish-German relations were stigmatized by pain, grieve and mutual claims. I am the second generation of my family born in a city that was completely bared from its German past when the communists took it over. In political propaganda Wrocław was always pictured as a genuine Polish city, a compensation for the lost lands in the east, the city of Lwów (today’s Lviv) in particular. However, for too long no investments into the city were made and the solid German bricks were taken away by train to rebuild ruined Warsaw. Wrocław is now in blossom, renewed, gladly reaching out to its multicultural history of Jewish, German and Czech descent.

There is no more hate or fear between Poles and Germans. Both the polls as well as daily experience show the development of good neighborhood relationships. This is very much worth noting as the history of Polish-German relations has never been easy, reaching far beyond World War II: Prussian aggression, partitions of Poland, even as far back as the legendary battles with Teutonic Knights. Centuries of mistrust have passed and it’s impossible to understand this change without Willy Brandt and his Ostpolitik.

Sadly, Brandt is rather forgotten in today’s Poland. He is a Nobel Peace Prize winner, a figure comparable to Nelson Mandela or Martin Luther King, but he hardly exists in the historic consciousness of the younger generations of Poles. Searching for the reasons one might think of the impact of the communist rhetoric differentiating between ‘good’ GDR Germans and the ‘bad’ West. As a social democrat and anti-fascist Brandt was very inconvenient for this communist propaganda as he was completely contradicting this image. Thus, the photo of Kniefall (see above) was censored in the People’s Republic of Poland. Second, it may also be because of the turbulent times of transformation that Poland experienced in the 1980s and the 1990s. Third, in Warsaw policy towards our neighbours is dominated by the ups and downs in Polish-Russian relations, an unfinished story of guilt and unforgiveness that always stirs up strong emotions. And last but not least, the meeting of Tadeusz Mazowiecki and Helmut Kohl is commonly perceived as the cornerstone of Polish-German reconciliation. However, without the Kniefall, the Treaty of Warsaw and the strategy of Wandel durch Annäherung this step would not have been possible. The foundations for this true reconciliation were laid much earlier, when Mr Kohl’s camp was still openly opposing the Ostverträge, calling it ‘illegal’ and ‘high treason’.

It is shameful for Polish political history not to commemorate Willy Brandt in the way he deserve – not only because of his gestures towards Poland, but also because of the role he played in overcoming the post-war division of Europe. The big changes that have started in the late 1980’s have many mothers and fathers, not only the trinity of Tatcher-Raegan-John Paul II. Without Willy Brandt there would not have been a dialogue between East and West. Hopefully, the latest Polish publication of Brandt’s memoirs will bring back memory to the Poles too.

Willy Brandt was Chancellor of the Federal Republic of Germany between 1969 and 1974. He won the Nobel Peace Prize in 1971 for his ‘work in improving relations with East Germany, Poland, and the Soviet Union’. Willy Brandt died in 1992 after witnessing the unification of Germany he decisively helped to bring about. He would have celebrated his 100th birthday on 18th December 2013.

Maria Skóra is head of the international relations programme at Das Progressive Zentrum. She is also actively involved in the Progressive Governance (#PGS) event series. She holds a masters in sociology and a PhD in economics. In 2019 she has been a visiting fellow at the German Marshall Fund of the United States and AISGS, John Hopkins University in Washington DC. She is an alumna of the Young Leaders Program of the Aspen Institute Central Europe in Prague.