The protocol is a small part of the UK-EU Withdrawal Agreement but it has enormous implications for both parties. It is imperative they tread with care.

The Protocol on Ireland / Northern Ireland included in the Withdrawal Agreement of October 2019 between the European Union and the United Kingdom is an extraordinary document. Above all else, it is an international deal to protect a peace process. Its purpose is clear in the first article:

This Protocol sets out arrangements necessary to address the unique circumstances on the island of Ireland, to maintain the necessary conditions for continued North-South cooperation, to avoid a hard border and to protect the 1998 Agreement in all its dimensions.

The ‘1998 Agreement’ is a ‘neutral’ term adopted for what is called in the preamble ‘the Good Friday or Belfast Agreement’. In the protocol, the EU has taken on an explicit and direct responsibility for protecting it.

The EU has long sought to support peace and reconciliation on the island of Ireland. This has been demonstrated in most concrete terms by the PEACE programme, through which the EU has invested over €1.5 billion in projects—in the border counties of the south as well as in the north—aimed at building community cohesion and socio-economic stability.

But the protocol takes the EU’s influence on the peace process to a whole new level. Its implementation is a test for the trust and mechanics of the post-Brexit UK-EU relationship. Strains in that relationship will reverberate in the still-polarised political environment of Northern Ireland and, ultimately, affect peace more broadly.

Co-chairing the Joint and Specialised Committees responsible for overseeing the protocol means that the EU steps up to a new role. The decisions it makes, jointly with the UK, will affect the wider conditions for economic, social and political stability in the region. No one should doubt the significance of this responsibility or the care needed in approaching the challenge.

The commitment to protect all the ‘dimensions’ of a peace agreement may be highly laudable but it is also extremely ambitious. The implicit reference here is to the agreement’s three ‘strands’, each institutionalising co-operation across divisions which lie at the root of the conflict in Northern Ireland.

‘Strand three’ formalises British-Irish co-operation—between, to put it crudely, the former coloniser and the colonised, although this relationship had become over recent decades relatively harmonious. ‘Strand two’ formalises north-south co-operation across the Irish border, between two jurisdictions burdened over a century of partition by mutual suspicion. And ‘strand one’ formalises co-operation between Northern Ireland’s predominantly Protestant ‘unionists’ and overwhelmingly Catholic ‘nationalists’, whose political aspirations stand in opposition.

These strands are supposed to be ‘interlocking and interdependent’. They are underpinned by the protection of human rights and by the principles of ‘partnership, equality and mutual respect’.

All these dimensions of the 1998 agreement were conceived and developed in the context of the UK and Ireland being ‘partners in the European Union’. All have been seen, to varying degrees, as being put at risk of unravelling by the UK’s withdrawal.

The British-Irish relationship is now one of an EU member-state and a third country. The north-south relationship is across an external border of the EU. Unionists and nationalists have to share power across an even wider political divide—nationalists having overwhelmingly voted Remain in the 2016 Brexit referendum, unionists mostly Leave. The European Charter of Fundamental Rights is no longer incorporated into UK law. This is the scale of the challenge to be met by the Protocol on Ireland / Northern Ireland.

So what have the UK and EU agreed to be the ‘arrangements necessary’ to meet this challenge? The 19 articles and seven annexes of the protocol are for the most part taken up with creating a legal framework for the movement of goods. This might seem a peculiar way to protect a peace process. But it is not the endpoint originally envisaged by either side when the withdrawal negotiations began in April 2017.

Both the UK and EU began negotiating with common objectives: avoid a ‘hard’ Irish border and protect the 1998 agreement. But they also set out with negotiating ‘red lines’ which conflicted with each other as well as these aims. The EU wanted to avoid a hard border while respecting the integrity of the union’s legal order. The UK wanted to avoid a hard border while leaving intact those very frameworks which enabled frictionless trade—the customs union and single market.

By October 2019, both sides had gone through a process of deciding their absolute priorities—and where they were prepared to compromise. The UK government, by then led by Boris Johnson, decided that its priority was to minimise ties and alignment with the EU, thus making a hard UK-EU border inevitable.

Border controls are much easier at air or sea entry points than along a land boundary criss-crossed with many minor roads. And the EU decided that its priority was controlling what entered the single market, thus allowing the effective boundary of that market to stretch beyond the actual juridico-political EU (land) border.

It is perhaps unsurprising, then, that the protocol has been ‘sold’ and interpreted in very different ways by the UK and EU. We know from the 1998 agreement that ambiguity in such negotiated deals can be constructive but in this instance it risks destructive effects.

This is because the UK government has done little publicly to counter the impression that it is ambivalent about its legal obligations under the protocol. Indeed, the fact that the UK has—as the EU sees it—already breached what it is obliged to do means that it is currently subject to legal action from its co-signatory.

One reason for London’s ambiguity is a straightforward wish to temper unionist anxieties. Because the hardening of the Irish Sea border seems to be the price paid by the UK for avoiding a hard land border, always provincially-introspective unionists are suspicious of the UK government’s commitment as well as of the EU’s intentions. These concerns are exacerbated by the knowledge that the disruption caused by the protocol to trade across the Irish Sea will cumulatively grow, especially once the grace periods on the full implementation of the rules come to an end.

In light of all this, close attention is being paid by the EU to what happens in Northern Ireland. Are its border control posts being built at ports such as Larne? Are the supplementary customs declarations being made? Are the duties on goods ‘at risk’ being paid?

These are however but the first steps of an extraordinarily ambitious, complex, sensitive international agreement. If the EU and UK want it to last, they would be better to ask a more fundamental question first.

Is the 1998 agreement being protected in all its dimensions? This is not just a concern for those living in the troubled region. It is not just a consideration for the island of Ireland, nor for the British and Irish governments. The European Commission and the UK government devised these unusual arrangements to protect their Brexit-related priorities. They are now responsible for ensuring the protocol is implemented in such a way as to protect the peace. 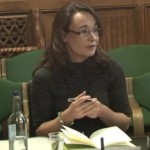 Katy Hayward is professor of political sociology at Queen's University Belfast and senior fellow in the UK in a Changing Europe think tank.