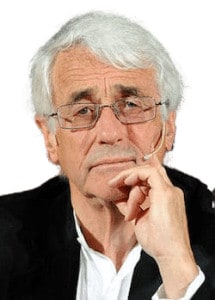 Since 2008 the left around the advanced world has dreamed of a popular uprising against the neoliberal elite that brought us the financial crash. Now that uprising has come, but it has been almost entirely captured by a far right mobilizing hostility against immigrants, the European Union, other forms of international co-operation, globalization and foreigners in general.

While the left wants to swing public anger against class targets, some are asking whether it cannot gain some vital added traction by tapping into some of these highly effective themes: immigrants bring wages down; the EU is a capitalist club; trade with China is destroying manufacturing jobs. The top leadership of the British Labour Party swung into unequivocal support of Brexit. In Germany a new movement, Aufstehen, is being launched to rally anti-EU, anti-immigrant sentiment on the left. Similar rumblings come from Denmark, Italy and elsewhere.

The answer is ‘NO!’, for four reasons.

First, xenophobia should be morally unacceptable for the left. This is not entirely straightforward. Many, probably most, historical moralities have been rooted in the shared identities of communities, norms of good behaviour being bounded by, indeed being badges of, membership of the group. This kind of morality requires clear definition of insiders and outsiders. The solidarity of labour movements was built on identities of this kind. Miners were miners, not members of a wider working class. Indeed, Yorkshire miners never thought much of Leicestershire miners – an antagonism that played out its final confrontation in the mining strike of 1984-85.

But the historical achievement of labour and social democratic parties was precisely to weld these very particularistic solidarities into wider ones – not destroying them but subordinating them within a wider class-based morality of universalism. For most of the 20th century ‘universal’ meant ‘national’. The reason for this was an amalgam of pragmatic reasoning (the nation state was the level at which democracy could be most effectively established) and appeals to solidarities based on blood and soil. The universalist, egalitarian morality of the left stressed the former; exclusionary tendencies of the right, the latter. The precise mix did not matter much while the two could proceed in tandem, but as the nation state has lost its capacity autonomously to govern economic space, the case for insisting on the priority of the nation has leaned more heavily on appeals to blood and soil. Therefore, the right has become the main beneficiary of discomfort with a globalizing world. To share in that, the left has to abandon a universal, egalitarian morality in favour of an exclusionary one, a betrayal of the nobility of its past.

To assert that the presence of Poles in a local labour market brings down the wages of British workers is not a socialist critique of capitalism but a cynical dog whistle. Locally visible Polish people are present in a way that the abstract idea of capitalism is not and are easier to hate.

Second, this also means that, far from stealing a piece of the right’s action, all the left achieves by following it on these issues is to legitimise the far right’s message, conspiring with it to tear down the boundaries that the genuine morality of universalism has over the years held the right in check. It is not chance that waves of hate crimes and violence against minorities followed the vote for Brexit, the election of Donald Trump and the entry of La Lega into the Italian government. The debates around these events made legitimate the denigration of immigrants and other foreign persons and institutions that had been made shameful by decades of the great recoil from everything Adolf Hitler had stood for. Hate is by far the most powerful human emotion, and politically it is the property of the extreme right. It has to be kept down, outside acceptable discourse.

Third, individual nation states cannot by themselves regulate a global economy. There are three possible responses to this. One can consider this to be fine, as the global economy is best off being beyond the reach of regulation. This is the position of the extreme neoliberal right, who can then cynically throw their weight behind the nationalistic right, because nationalism has become economically toothless, limiting itself to symbol.

A second is to try to seal the nation state off from global pressures through protectionism. This is the approach of the anti-global nationalist right and left alike. It produces a world of reduced trade, smaller, poorer economies and little innovation, with potentially hostile relations among states.

Then, one can seek to build coalitions of nation states and international organizations that can regulate global transactions. This is the approach of moderate neoliberals and social democrats. It is difficult, because it requires agreement across numbers of countries, but it is the only way of combining the advantages of global trade with good standards of economic conduct, saving social democracy’s core strategy of making capitalism socially accountable. Attempts to climb aboard the xenophobic bandwagon prevent the left from developing the public opinion that is needed to support this next stage of its universalizing drive.

Finally, by no means all citizens are attracted by the xenophobic agenda, which rarely accounts for more than a third of voters. Decades of official hostility to xenophobia in many countries have had their effects. Also, many people dislike hate and prefer to be accepting and tolerant towards other cultures. These people, often the youngest, most educated and forward looking, are increasingly becoming a core constituency for the left. They will be the carriers of the left’s universalist values, taking these to the vitally important post-national level. A left that shuns them, shuns its own future.

It has become routine for political commentators of many shades of opinion to rant against ‘liberal elites’, with the adjective spoken with a sneer that increasingly clings to the word ‘liberal’ itself. It is against illiberal and anti-liberal elites that we need to rally opinion. Their power is growing as xenophobia spreads across Europe, the US and elsewhere. The forces of everyone on the left and centre are needed to combat them.

The author’s latest book, The Globalisation Backlash, is published by Polity Press/John Wiley on October 19

Colin Crouch is a professor emeritus of the University of Warwick and external scientific member of the Max Planck Institute for the Study of Societies at Cologne. He has published within the fields of comparative European sociology and industrial relations, economic sociology and contemporary issues in British and European politics.