There has been a buzz recently about the idea of a Universal Basic Income (UBI) and why it could be a solution to technological unemployment. VOX reported a few days ago that Y Combinator, a start-up incubator, is about to start a five-year research project on how a UBI could work. Noah Kulwin over at re/code also has a useful article on this including a broad overview over existing work on the basic income. In the spirit of discussion I’d like to bring together some of the arguments I have made over recent years for why the basic income is not a suitable solution for technological unemployment but another option – a job guarantee – could be. So let’s start with the assumptions.

The idea of a basic income now being discussed assumes that people have to live on it entirely as work effectively disappears for most people other than the most highly skilled. This presumes a reasonably high level of income and that most work will indeed disappear. I am not so sure about this. There are wildly different research results about how many jobs technology will destroy and/or create and the honest answer is: nobody knows. There will be displacements and job losses and policy-makers need to prepare but we don’t really see this yet in the productivity figures. If anything recent experiences in the US and the UK in particular point to a slowing down of productivity increases although there are issues around measuring methods. We are also currently witnessing record employment numbers in Germany so the big labour market impact has not yet materialised and it remains to be seen how it will affect different economies in the future.

That said there seems to be general agreement that specific areas of work that rely on problem solving capacity, creativity and social capital as well as personal services are relatively safe from automation, at least in the near future. This to me suggests that work as we know it (wage labour) might well be significantly less than we are used to now but it is unlikely to disappear for most people. A reallocation of the remaining work through fewer working hours seems to me to be the first step that should be considered in this context. But I don’t think you should assume at this stage that most work (what is most anyway? 70%? 80%? 90%?) will disappear any time soon. Clarifying these differences in assumptions is essential. So what is wrong with the basic income? Here are my five main criticisms.

Five reasons against a basic income

Is a public job guarantee a solution?

On the basis of these issues that I have with the UBI, what would a more practical solution look like? Given that we don’t know the exact impact of the digital revolution on work, thinking along the lines of a public job guarantee seems much better to me. To be clear, this does not mean forced work or necessarily direct employment by the state. People can get work if they want or need to and could be employed by a variety of institutions paid for by the state. I am thinking in the direction of the state as the ‘employer of last resort‘ model that creates meaningful employment at a decent wage if the private sector does not provide it (have also a look at the second part of this interview). What would the benefits of this direction of travel be? Here are six points:

There you go. These are the reasons why I would say that thinking along the lines of a job guarantee makes more sense than pondering a basic income. The debate has only started and it will run for quite some time… 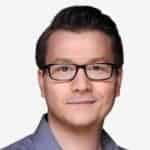