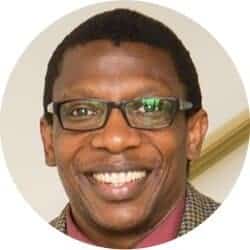 After several months massaging Canadians, then US President Barack Obama announced his decision on the Keystone XL pipeline: “America is now a global leader when it comes to taking serious action to fight climate change. And frankly, approving this project would have undercut that global leadership.”

Following failure by German Chancellor Angela Merkel and others, to stop his successor from withdrawing the US from the Paris Agreement, Donald Trump made no mention of the US being the second worst carbon polluter, as he declared: “The Paris Agreement is a massive redistribution of United States wealth to other countries. I was elected to represent the citizens of Pittsburgh, not Paris.”

Trump has repeatedly made clear his disinterest in, if not his incapability of, leading the international rules-based multilateral regimes on security and trade.

Subsequently, we are observing a reordering of geopolitics, which includes Trump’s determination to curtail global trade in his country’s interest. But this isn’t the first time the lives of non-Americans are compromised in the interest of Americans. What may be new is Trump’s contrived image of Americans as a vulnerable people exploited through trade. Here now one wonders what Africans, captured and sold, long exploited and left to suffer in what Trump describes as their “shithole countries,” might say on exploitation and vulnerability to climate change.

Reportedly dissatisfied with the Bretton Woods system from which emerged the World Bank, IMF and GATT and which set the exchange rate for foreign currencies vis-à-vis the US dollar, President Richard Nixon undermined it by unilaterally ending the dollar’s convertibility into gold (fixed by Congress at $35 an ounce) and imposing an import surcharge of 10 percent.

And earlier, in the 1930s, when the world was bleak with despair, America dealt the world another American solution for Americans. “To regulate commerce with foreign countries, to protect American labor, to encourage the industries of the United States,” the 71stCongress of the U.S., during the Great Depression, levied varying tariffs on foreign products. Trump now also seeks “to protect America and its citizens,” by imposing tariffs. The notion that trade precludes war will remain an illusion.

European leaders must consider this sordid reality (“The European Union is a foe“) in shaping the continent’s future. The social and political transformations resulting from globalization create a dire and urgent impetus. EU leaders must not allow the ideas and ideals that shaped the post-war period to cloud thinking on emerging differences.

Subsequently, European leaders must now take decisive steps to unhinge the continent from the whims of American politics and constitute a new geopolitical EU identity. This need not be a call to economic or military arms, but a recognition that Trump sees only two options: maintain existing geopolitical status quo or protect the vulnerable people of Pittsburgh from the rest of the world. His choice is by now clear to any political novice. His subsequent actions that dispense with trading mechanisms such as the WTO, undermining the stability of global trade by imposing illegal tariffs on other countries, are in step with his country’s political history.

Strategic steps to unhinge the continent from the whims of American politics must now be a European priority rather than harboring forlorn hope that the political hiccup of Trump in the bell curve of geopolitical history will soon pass and things can get back to normal.When President of the European Council, Donald Tusk, writes that the “US doesn’t have and won’t have a better ally than EU,” he seemingly refuses to accept the sordid reality that Trump does not want to be an ally of the EU which he repeatedly says is “very unfair” to Pittsburgh’s vulnerable people.

The lasting damage this causes is the normalization of political interference in an otherwise self-regulating global economic order and the long-term threat to security from undermining NATO. You can now expect, for example, any American presidential hopeful to promise a jeering crowd to balance America’s perennial unbalanced budget by slashing contributions to NATO, or withdraw, as Trump has threatened, America’s 35,000 troops from Germany.

Trump has established a standard in American politics with obvious European ramifications, to which other presidential hopefuls, at the very least, will have to respond. But European leaders must not allow Trump to dictate Europe’s and member states’ policies.

Not by trade alone

The GDPR is a good start towards unhinging Europe and creating a strengthened global identity of the Union. The GDPR, by sending a message that the private data of EU citizens is not a market commodity, creates an identity of Europe that differs from the US. When U.S. Commerce Secretary Wilbur Ross opined in the Financial Times that he does not understand the policy behind GDPR because it “is too confusing,” he simply illustrates a fundamental difference on how the EU and US conceive of and respond to modern realities.

The Defence Union that EU Commission President Jean-Claude Juncker insists will “complement” NATO is another good start towards unhinging European security. German Chancellor Angela Merkel recognized the need to untangle Europe’s security from the whims of American politics when she declared, “we Europeans have our fate in our own hands.” As far as narratives go, perhaps the French president may wish to follow his predecessor’s footsteps, abandon his pandering to Trump, which has amounted to nothing, and restate, as did François Hollande, that Europe “does not need outside advice to tell it what to do.”

The focus on uniting this continent through trade alone ought now to be matched by creating spaces for genuine intercultural engagement. This will position the union to respond to both external challenges, such as the whims of American politics and immigration, and internal pressures, rising populism. But first, Europe needs to dispense with elite political groupings, earlier seen in the Holy Alliance, the Concert of Europe and now the so-called German-Franco alliance. Such formations impose cognitive strain when one hears EU leaders speak of a union built on solidarity. A European identity built on equality is a far more reliable path to peace and stability, as it would help end unproductive narratives such as a Greek problem for which there is a German solution. Or of Germany bailing out failing Italian banks.