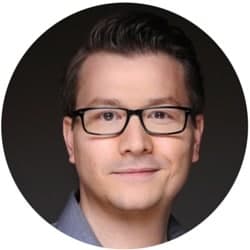 Observers of German politics are witnessing a rather puzzling drama. More than four months after the election there is still no new government and the last hope to form one hinges on a membership ballot of the Social Democratic party.

If party members vote down the coalition agreement, new elections are unavoidable. They would take place under chaotic circumstances. The SPD leadership would probably have to resign. And Angela Merkel, chancellor, would not necessarily be in a position to run again after two failed attempts to form a government. Against the backdrop of the rise of the rightwing Alternative for Germany, this would poison German politics and have repercussions well beyond the country’s borders. So, what does it take to avoid such a mess?

The two-stage negotiation that produced the new grand coalition deal has been heavily criticised. The most recent SPD conference only narrowly voted in favour of formal talks and the party grassroots are usually even more sceptical. Winning the membership ballot is far from a done deal, even given the dire consequences of a “no” vote. The key to understanding the situation is that grand coalition opponents care more about the future of their own party than they do about the coalition agreement.

What has materialised in the German debates about forming a government is a clash of political approaches that is also evident in many other social democratic parties.

The proponents of a grand coalition argue that the SPD has made substantial policy gains in many areas of the deal, and that it has, moreover, always been the mission of social democracy to improve the lives of people where they can. It is therefore their duty to enter government when there is a chance for any of their cherished reform programme to be implemented. Their opponents argue that participation in yet another grand coalition would further erode trust in the party and ensure the continuing decline of social democracy. From this point of view, the incrementalism of another grand coalition would make the prospects for the party, and for reform, worse. Only a clean break coupled with a new transformational political approach could turn things around.

The problem is that both these arguments are correct. The key to winning the membership ballot, and thus preventing real turmoil in German politics, is reconciling these two views in time to gain membership approval for the coalition deal. First, the SPD leadership must understand that these diverging views have different timeframes and follow different strategic approaches. Grand coalition proponents target short-term policy gains and pursue an outside-in strategy: improvements for the German citizenry are achievable, so party politics should follow this pragmatic logic. Opponents have a medium-to-long-term view and follow an inside-out approach: it is the constitutional duty of political parties to offer new political ideas and only then enter the electoral competition in order to win support.

Even though the membership ballot is nominally only about the coalition deal, whether it will pass depends on delivering convincing answers to the real concerns of opponents to forming another grand coalition. The mistake after the first round of talks was to talk up the agreement itself rather than focusing on these fears about the long-term viability of the party. To win the membership ballot will demand a sales pitch for two products rather than one: a future plan for the party in addition to the coalition deal.

Incremental short-term politics cannot come at the expense of the party’s ability to offer the electorate a more radical option at the next election. It is hence important that Andrea Nahles, the future SPD chair, is not part of the government. She is the new pivotal figure of German politics and the best hope to win the membership over.

Reproduction forbidden. First published by the Financial Times and reproduced here with its permission.