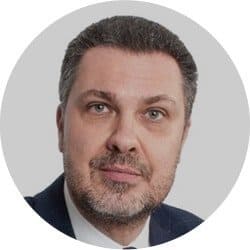 The economic situation and employment rates in Europe are improving. But it is much too early for complacency. Unemployment is still too high, most of the new jobs being created are precarious and poorly protected, and recent election results prove that social exclusion and inequalities in the labour market and society continue to undermine people’s trust and feed anti-EU populism.

As EU leaders and social partners meet for the annual Spring Tripartite Social Summit, the European Trade Union Confederation reiterates its call on the EU and Member States to boost public and private investment, to create high-quality jobs and increase internal demand through pay rises and upward wage convergence, and to tackle inequalities and social exclusion by ambitious implementation of the European Pillar of Social Rights.

Yet the significance of the recent change in the EU’s policy approach should not be underestimated. The latest Annual Growth Survey and Joint Employment Report and country reports at last recognise the need for more progressive macroeconomic policies, investment in people, and fair wages reflecting productivity growth.

We welcome this shift, but now is the time to turn policy into action, through the Country-Specific Recommendations to be published in May, and a Social Scoreboard linking social and economic objectives in the European Semester. Trade unions and employers – the social partners – can play a major role if they have greater influence, particularly at national level.

Economic and Monetary Union (EMU) should better serve the aims of economic growth and social cohesion, and we urge Member States to adopt and implement the measures in the recent EMU Package. A European Monetary Fund and an EU Finance Minister would enable Europe to cope better with asymmetric shocks, and encourage investment, whereas limiting EMU reforms to the Banking Union would again send the wrong message that banks count more than people.

Europe needs a vision for our economy and labour market, a vision that allows us to deal with the challenges of Industry 4.0, digitalisation and automation, climate change and moving to a low-carbon economy, globalisation and free but sustainable trade. Workers affected by these changes need help to upgrade their skills or find new, quality jobs – nobody should be excluded and left behind. This requires a coherent European Industry Policy. The European Globalisation and Adjustment Fund (EGF) should become a more easily accessible European Transition Fund, to manage the restructuring process instead of merely providing compensation once the damage is done.

Reforming the EGF must form part of the forthcoming debate on the new Multiannual Financial Framework (MFF). We do not want to enter into the very political discussion about the size of the EU budget after Brexit, but we endorse the European Commission’s proposal of a 1.1x % of GNI budget, with the future EMU budget lines possibly coming on top.

But what is most important is that the budget and the MFF are approved by the current European Parliament before the elections, to avoid any gap in spending in such a crucial period. The proportion of funds dedicated to economic and social policies must be increased – or at least not cut; the European Social Fund and Erasmus+ also need to be reformed and relaunched without any merging of their activities; and above all, the social partners’ role in governance of these funds must be boosted, through capacity building if necessary.

Getting economic policies right is vital to implementing the European Pillar of Social Rights. We much appreciated the commitment national leaders made in Gothenburg last November to restoring the social dimension of the EU, the ‘Triple-A’ social Europe announced by President Juncker. But now it is time to deliver concrete results for EU citizens and workers, with legislative and non-legislative measures to be finalised before the end of the Commission’s mandate.

We want progress on the Work/Life Balance and the Transparent and Predictable Working Conditions Directives, because these offer real benefits for working people across Europe. The latter, together with the Recommendation on Social Protection, can bring greater security to so-called labour market outsiders: precarious workers, platform workers, freelancers and self-employed. They deserve the same rights and protection as other workers, including pensions and equal pay.

The ETUC welcomes the proposal for a European Labour Authority, which should establish an ambitious framework for tackling abuses and fraud, solving disputes and establishing a level playing field for free movement. Again, European and national social partners must be fully involved in its governance.

We recognise the effort the Commission has put into relaunching the European social dialogue. Just this week the Council is due to adopt a European quality framework for apprenticeships proposed by the ETUC and developed through a joint initiative by the European social partners. We have also managed to agree on a European partnership for integration of refugees in the labour market, and we are fully committed to supporting its shared principles and actions.

Yet we regret the Commission’s failure to put forward legislation to implement recent social partner sectoral agreements: we can only hope that the negotiations on an Action Plan to protect hairdressers reach a positive conclusion.

The level and quality of social dialogue at national level is also inadequate: we need more tripartite dialogue, capacity building of national social partners and support for collective bargaining and industrial relations.

Finally, wages. Wages throughout Europe need to grow to boost demand, to catch up with advances in productivity, and reduce inequalities. The ETUC calls on the Commission, Member States and employers to start a frank discussion on how to close the east-west wage gap in Europe.

On 26 June, in Sofia, Bulgaria, the ETUC is organising a high-level conference on upward wage convergence: an opportunity for social partners, multinational enterprises, the Commission and governments to get to grips with the wage dumping that is undermining the fair functioning of the EU single market.

This is an edited version of European Trade Union Confederation General Secretary Luca Visentini’s speech to EU leaders at the Spring Tripartite Social Summit in Brussels, on 21 March 2018.