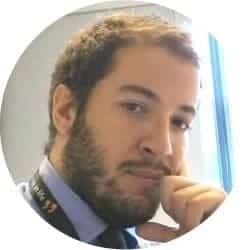 Populisms and Technocracies: mastering the art of evoking fears

In Europe, home to one of the most ambitious political and institutional experiments in recent history, the European Union, populist movements and technocratic elites have been among the most active actors in taking advantage of the use of fear, beginning immediately after the global financial and economic crisis of 2008.

The nature of populisms and technocracies differs in many aspects. Populist movements build their success substantially upon what we may define as “input legitimacy”, or popular legitimacy, while technocratic elites are supported by “output legitimacy”, in other words legitimacy derived from the implementation of efficient policies. This dualism is particularly visible in the EU and its peculiar typology of multi-level governance, with Institutions such as the European Commission acting at the supra-national level, often in contrast with EU Member States’ politics at the domestic level.

The difference between populist movements and technocratic elites is reflected in the strategies adopted by the two: the nature of the arguments, the uses made of them, the languages and the strategies of timing adopted, are utterly far apart. However, on closer analysis, populist movements and technocratic elites in Europe share one key element: mastering the art of influencing the political debate by producing and evoking fear and anxiety through an effective use of communication tools.

Populist fears: the force of simple and vivid language

In Hungary, the growing political hostility over the role of international NGOs, with their alleged aim of secretly influencing the national agenda or even worse, culminated in the crackdown on George Soros’s Open Society Foundation; in Poland, school textbooks are changed following nationalistic and anti-intellectualistic arguments, portraying minorities as a danger for the country; Italy is continuously depicted as being a German colony. The arguments of European populists are indeed simple and of a generalizing nature, evoking with concrete, vivid images fears such as of invasion, unfairness and conspiracy, to mobilize masses of citizens. These anxious feelings are easily stoked by fallacious narratives such as the “conspiracy of the financial sector” or of the elites, the “immigrant invasion” or the “Muslim threat” (trivial reduction of the Clash of Civilizations thesis).

Technocratic fears: the mis(use) of complexity

Fears produced by technocratic elites in Europe are based on complex and specific arguments, posed in technical and bureaucratic language, with masterly timing: using specific moments of political instability or paralysis that result in uncertainty to justify the necessity of implementing the political agenda they support. Mentioning the possible reaction of financial markets, the “spread” (the differential between interest rates on local public debts and Germany’s) or the action of the Troika (EU Commission, IMF and European Central Bank), has become increasingly common, in what takes on the traits of a self-fulfilling prophecy. More and more frequently, we record statements from high-level EU bureaucrats or politicians such as “the risk of default will eventually lead to…”, etc. In particular, before and after referendums or elections, continual references are made to possible sovereign debt defaults or the risk deriving from re-defining the Maastricht criteria (in Italy, from 2011 until recently) or the economic price to be paid for leaving the EU (in the United Kingdom, in the wake of the Brexit in 2016), resulting in limiting de facto the space for political debate.

A mutual reinforcement: the example of Italy

The result of the strategy of building up fear, implemented by populist movements and technocratic elites in Europe alike, is a dialectical relationship between the two that paradoxically brings mutual reinforcement. For instance, the irrational nature of populist economic policies triggers crisis and turmoil, favouring indirectly the recourse to top-down approaches by national and supra-national elites, based upon their recognised competences and expertise. However, their action is often unsupported by transparent democratic legitimacy, especially when the tasks at hand consist of implementing severe cuts in spending upon social policies. This, in turn, fosters a reinforcement of populist movements, with the process following that pattern, as can be seen by the recent history of Italy: the action of a technical government (PM Monti), born from the inadequacy of the policies implemented by the previous executive (PM Berlusconi), lead after some years of centre-left governments, to one of the most populist governments of the EU (the Five Stars and Lega “yellow-green” coalition government).

In conclusion, it is important to highlight again that both populist movements and technocratic governance did not come out of nowhere in Europe. The former represent the inevitable result of a real and pervasive socio-political malaise, and are there to signal something has been going wrong in the EU; the latter adhere to arguments which may be fully legitimate per se, exhibiting profound competence and sound technical expertise in facing complex problems across national borders, although their protagonists insist on (mis)using those arguments with the certain knowledge they are provoking fear.

The current situation in Europe suggests populist movements and technocracies may simply represent, albeit in an extremely polarised fashion, two sides of the same coin. Their strength, based on generating fear, sooner or later reveals its limits, while the real problem, the nexus between economic inequality and dissatisfaction with the Establishment, remains untouched, undermining our increasingly fragile democratic institutions.

Valerio Alfonso Bruno is a political analyst and senior fellow at the Centre for Analysis of the Radical Right (CARR), also involved with the ASERI at the Università Cattolica of Milan and the Observatoire de la Finance (Geneva). He is interested in relations between populisms and expertise and the governance of international Institutions.