In his recent op-ed and the associated working paper, Thomas Palley warns against the Ricardian vice of ignoring political-economy considerations when laying out policy proposals, thus focusing too narrowly on strict economistic reasoning. In the big-picture debate on an employer of last resort (or job guarantee programme, JGP) scheme, this is a vice on which many self-identified ‘heterodox’ economists fall.

As Palley shows, when imagining a large-scale government programme to employ any willing person at a minimum wage, one should consider at least the following political constraints:

Adding to these limits a binding macro-financial constraint, Palley concludes that “new policies (e.g. a UBI)” may be more viable. Indeed, the comparison between JGP and universal basic income (UBI) schemes is increasingly a literary topos among progressive economists. Palley’s take is original and interesting in so far as it widens the view to explicit political-economy considerations, beside the typical debate on the impact on labour supply, government revenues and the like.

However, when enlarging one’s view, it should not be overlooked that UBI schemes are not without political-economy fallouts either.

First, a basic income paid in cash relies on the market mechanism significantly more than a JGP. In the words of two intellectual leaders in the UBI camp: “[a] defense, on grounds of justice, of an unconditional income paid in cash does not presuppose a blind faith in the perfection of the market, but it does assume sufficient trust in the idea that prices reflect how valuable goods are in a sense that is relevant to determining a fair distribution of access to them” (van Parijs and Vanderborght, 2017, p. 108). Many will surely regard this assumption as questionable.

Second and related, UBI schemes in fact embody the same skepticism towards the public sector that Palley is afraid of when considering JGP. A presumption of inefficiency of the public bureaucracy is the main reason for two of the main characteristics of the UBI proposal: that the benefit be universal, in order to avoid the costs and inconvenience of public officials checking households’ eligibility; and that it should be paid in cash, because this is assumed to be more efficient than transfers in kind, which imply public provisioning of goods and services. Moreover, in so far as the UBI would not be introduced starting from scratch (at least in Western countries), it implies a serious risk of substitution for the welfare state. Not by chance, UBI-like proposals have been supported in the past by leading conservative and even libertarian economists.

Third, there is a real risk that a UBI may put downward pressure on wages (both in the public and the private sector). Historical evidence, e.g., with the example of the “Speenhamland effect” described by Polanyi (1944), or the current stage of tax competition and social dumping among EU member states, suggests that a system of public subsidies to low-wage employment does not necessarily lead to a rebalancing of the bargaining power of workers and employers. At the very least, it cannot go unnoticed that a UBI scheme does not induce workers to take on an active social role, and makes it all the more difficult to organize collectively.

Fourth, possibly the most important point, opponents of the idea of a UBI most often refer to an ethics of work as something valuable per se, and that what this implicitly entails is an aversion to the notion that the poor have the same right to leisure as the rich. To stress the point, e.g. van Parijs and Vanderborght in their Radical Proposal (2017) refer to the colourful image of a Malibu surfer. However, in practice, many net recipients of a UBI who would partially or totally withdraw from the labor force are likely to be women involved in fulltime unpaid care and housework activities. In feminist economics and social policy, the debate regarding a basic income is far reaching and as yet unsettled; suffice it to say here that while some argue that decoupling income from employment in the formal labor market is a welcome step towards a more just society, others object that a basic income is likely to reinforce and legitimise the current unfair sexual division of labor.

Fifth, in the current political environment it is difficult to abstract this from the issue of international migrations. Implicitly, it is assumed that eligibility to both JGP and UBI would be restricted to the members of a same community. However, defining the boundaries of communities is increasingly difficult. While in both cases some sort of “exclusionary” solutions may have to be developed (e.g. waiting periods after arrival in a country), it is questionable whether the extension of benefits to migrants would be more politically palatable for the electorate if provided as an unconditional cash basic income, rather than as a minimum wage corresponding to some work activity.

In conclusion, widening the debate beyond the mere consideration of financial and economic constraints is a welcome move, but this wider political-economy debate has only just started.

To give enough room and relevance to political considerations, one should open up the debate beyond academia, involving social partners and as many players as possible. In a democratic context, this would be the key role of an organized mass party. Apparently, the struggling social democrats have unfortunately abdicated from such a role in many European countries – maybe one source of their current crisis. 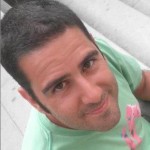 Carlo D'Ippoliti is associate professor of economics at Sapienza University of Rome, where he co-ordinates the Minerva Laboratory on Gender Equality and Diversity. He is editor of the open access economics journal PSL Quarterly Review.