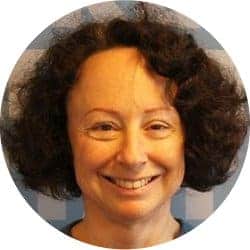 Fighting against transnational social dumping can best be compared to Heracles’ struggle against the Hydra of Lerna – the multi-headed serpent in Greek mythology. This struggle is highly uneven because every time a head is cut off, the monster regenerates two new ones to replace it. Similarly, when trade unions succeed in revealing a case of wage dumping, two new cases seem to appear. European competition law could be the right sword to combat the Hydra.

Whereas until the 1990s mainly companies competed with one another, the increasing divergence of economic growth and wage development in the European Union has led to a new rivalry among the member states themselves. Thereby, cooperation and mutual trust between the countries have become an illusion. Freedom of movement for workers in the single market is restricted by insufficient legal harmonization, the absence of minimum standards, and mediocre portability of acquired rights. At the same time, safe spaces at national level are no longer available as protective legislation for workers is seen as impairing fundamental economic freedoms.

Divergence instead of convergence

The wide spread between minimum wages across Europe, ranging from €1.57 in Bulgaria to €11.55 per hour in Luxemburg, is one of the reasons for this drifting apart. And, as for minimum wages, workers have to lower their sights even more: Creative business models, such as letter-box companies, bogus self-employment, and pseudo-posting help firms pay their employees below national minima.

In the EU, 2.3m workers are affected by transnational posting every year, according to official data. However, the real number of postings seems to be three times higher, according to estimates from the European Confederation of Construction Workers. In Bulgaria, for instance, the number of postings soared from 6000 to nearly 20,000 between 2010 and 2016, in Romania from 30,000 to more than 50,000.

The Spirit (or rather the Demon?) of the Law

Just as they respect “the spirit of the law” when moving their profits to tax havens, many companies can legally apply various beneficial employment models because, in the majority of cases, the legal constructs rely on national legislation. In Slovenia, for example, social security contributions for posted workers are determined by the national minimum wage, not by their actual income. The reaction of companies to this kind of “offer” did not take long: There have been several cases of Bosnian workers being employed in Slovenia for one day before fulfilling their jobs in Germany. Another model consists in capping the social security contributions of posted workers, e.g. in Romania and Bulgaria. The result of these provisions is obvious: Posted employees from the countries mentioned above are “cheaper” than workers from member states with more solidarity-based systems of social security.

There are two possible consequences: Either the social security system will break down due to underfunding – as is happening in Romania where employees provide for 97.75% of the contributions whereas employers only pay a symbolic 2.25% – or services will be reduced to their lowest level.

Despite the fine-sounding words of Article 9 TFEU, according to which the EU must consider potential social implications whenever a measure is adopted, the European single market still focuses on deregulation, greater flexibility, the reduction of effective control mechanisms, and the withdrawal of preventive measures. Trade unions and collective agreements are considered as “administrative barriers” and “protectionist instruments”.

Following the example of Heracles, trade unions do not want to fight against the symptoms of transnational social abuse – the hydra heads – simply by undertaking retrospective controls. On the contrary, they want to remove the root causes, the Hydra itself. So, what are the reasons for social fraud by violating minimum wages or undercutting social security contributions? “Quickly and easily making money”, is the simple answer to this question.

The European Social Framework is the result of compromises around the least common denominator. On the one hand, the economic freedoms of the single market come armed with the sword of competition law, which is efficient and fast when it comes to transnational abuse of market-domination, cartels or illegal state aid. On the other hand, these instruments are unavailable for those who fight transnational social dumping. As national control mechanisms end at national borders, co-operation between national authorities relies on voluntary commitment, which is clearly not enough regarding the complex strategies of multinationals.

EU initiatives could be part of the solution, e.g. the establishment of a European Labor Authority. Nevertheless, it’s crucial that the latter is not reduced to the status of “just another agency” but promoted as an authority with powers of prosecution in the area of transnational wage dumping. For the time being, the member states are rejecting even minimal competence in terms of control.

Notwithstanding, an effective European Labor Authority would be the logical equivalent to the EC Commission´s Directorate General for Competition. In addition to that, we need a “European SocialPol”, following the example of Europol, to coordinate transnational controls. Eventually, a European public prosecutor in charge of cases falling under criminal law should be established. In the field of economic freedoms, all of these are already achieved – why do the member states hesitate to catch up in the area of social and labor law? Because they still believe that competition among the countries of the single market will miraculously enable the convergence claimed by Art. 3 Treaty on EU.

As employees do not make their living from miracles but from wages, progressive measures have to be taken on the basis of EU state aid legislation and, more concretely, Art. 107 Treaty on the Functioning of the EU.

Romania, Bulgaria and Slovenia offer, we’ve seen, a “discount” on social security contributions in the case of posting workers which creates a competitive advantage for the companies that engage in posting. The settled case law of the European Court of Justice states that each time a company observes a reduction of the costs it normally has to bear, this is considered a competitive advantage. Doing without the levy on social security contributions amounts to a cut in the ordinary cost profile of entrepreneurial activity and therefore should be considered as prohibited operating aid.

In general, the legal situation is similar to the cases of Starbucks, Fiat Finance, Amazon and others. The European Commission drew the conclusion that these companies enjoyed illicit tax advantages, leading to back payments in the billions of euros. It is quite remarkable that the Commission has not penalized transnational social dumping yet.

More than ever, trade unions are called upon to take the next step and use the efficient instrument of state aid legislation for their own purposes: an important contribution to promoting the EU while protecting workers’ rights.

Susanne Wixforth is head of unit in the Europe and International Department of the German Trade Union Confederation (DGB). She was formerly senior legal and economic adviser on European affairs in the Austrian Chamber of Labour (AK Vienna).