If the sensitising impact of ‘Black Lives Matter’ is not to ebb, a new European narrative and concrete actions are needed.

Three months ago, as angry Black Lives Matter protests erupted across Europe in the wake of the death in police custody of George Floyd, a 46-year-old African-American, in Minneapolis, Minnesota, flustered European Union officials promised urgent measures to tackle the bloc’s own dismal record in combating race-based violence, discrimination and harassment.

The Dutch prime minister, Mark Rutte, and the German chancellor, Angela Merkel, recognised their countries had a long way to go to achieve racial equality. ‘We need to talk about racism with an open mind,’ the president of the European Commission, Ursula von der Leyen, told the European Parliament. ‘Racism is alive in Europe, not just in the US,’ the commissioner for equality, Helena Dalli, confessed, adding: ‘We have to address the roots of the problem, not just the symptoms or the results.’

Von der Leyen held a first-ever commission debate on racism, insisting there must be zero tolerance for discrimination based on colour or race, and promised to ensure more ethnic diversity in EU bodies often described as ‘Brussels so white’. There were plans to craft an ‘action plan’ to tackle inequalities in employment, health and housing, curb police brutality and ensure fair treatment for all.

It was a heady moment. After years of ignoring warnings that racism was a serious problem in Europe and averring that recruitment policies would need to remain ‘colour-blind’, leaders of EU institutions were finally ready to listen and learn—and, most importantly, recognise that discriminatory practices were weakening social cohesion, depriving the economy of its full potential and undermining European values.

Turning good intentions into credible and enforceable policies will be a challenge, however. And not just because of the EU’s previous lack of interest and experience in combating ethnic discrimination.

Systemic racism in Europe runs far deeper than toxic far-right diatribes. It has seeped into much of the EU’s institutional discourse and policies. It cannot be wished away by inspiring speeches or noble resolutions.

Moves to dismantle racism in Europe’s economic, political and social systems will therefore need to be deliberate, intentional and sustained—and based on a deeper understanding of the lived reality of Europeans of colour.

Most importantly, to be credible and effective, EU measures to ensure racial justice and equality must be anchored in a fresh and more inclusive European narrative. But that difficult conversation has not even begun.

Proud talk of ‘unity in diversity’ ignores the fact that European Muslims are still struggling against toxic stereotyping as extremists and potential terrorists. Surveys by rights agencies point to continuing anti-Semitism across Europe, while black Europeans face unrelenting discrimination in their professional and personal lives, including police harassment.

Europe’s estimated 50 million ethnic-minority citizens—representing about 10 per cent of the EU population—are still routinely viewed as permanent ‘migrants’ or exotic foreigners. Many are haunted by the one question they can never, ever, sidestep: ‘Where are you really from?’

That should not surprise. Sometimes unintentionally, though often deliberately, the European narrative—the story of Europe’s history and identity propagated by its leaders and institutions—implies a self-comforting exclusion, contrasting ‘true’ Europeans to unwelcome, intruding outsiders. The ‘European way of life’ which it is now a commission priority to ‘promote’, invokes ‘strong borders’, a ‘modernisation’ of the asylum system and co-operation with ‘partner countries’ to achieve ‘a fresh start on migration’.

The message may be strident or subtle, harsh or soft but it is always clear: Europe is white and Christian. Members of other ethnicities and religions may be tolerated—even needed—but they do not really belong.

Reinforced through school curricula, which ignore the dark side of European colonialism, and by far-right rhetoric, toxic, ‘us’ vs ‘them’ groupthink is no longer the prerogative of Hungary’s Viktor Orbán or other populist leaders. It has been embraced by many mainstream politicians, pliant, uncritical media and anti-migrant campaigners disseminating misinformation.

With ‘race’ and migration so pejoratively linked in the public domain, the systematic demonisation of migrants and refugees, the refusal to accept desperate asylum-seekers and the dehumanising language of tabloid media have further poisoned the conversation.

Changing Europe’s narrative to become more inclusive will not be easy. There is no miracle solution or quick fix, no one policy which can change years of wilful neglect.

There will have to be a mix of immediate actions—such as raising awareness of dehumanising language and unconscious biases, less discriminatory EU recruitment policies, collection of data on ethnicity, improved police training, close scrutiny of the link between artificial intelligence and structural racism and stricter enforcement of the EU’s 2000 race-equality directive—as well as determined, longer-term policies and measures to change deeply-anchored and long-standing prejudices, stereotypes and cultural norms.

The conversation on facilitating a faster integration of minorities and migrants—which puts the onus on ‘outsiders’ to become part of ‘national culture’, in assimilationist fashion—will need to be replaced by a wider, deeper and fairer concept of inclusion, as developed by the Council of Europe. This recognises the dynamic, multi-faceted and multi-layered interaction between people as they live and work together, providing all members of society with the opportunity to participate equally in political, economic, social and cultural life, and the ‘diversity advantage’ which results in practice.

EU leaders and institutions should play their part discouraging outdated or one-dimensional definitions of ‘European identity’, in favour of a recognition that ‘hyphenated’ Europeans, with fluid, changing and multiple identities, are also true Europeans. As European economies slow down and work begins on ensuring a sustained and sustainable recovery, Europe will need the engagement, skills and talents of all its citizens.

The coming months provide important opportunities for change. The EU can prove it is serious about fighting discrimination by developing stronger links with anti-racist organisations, clamping down harder on far-right hate speech and violence and making sure Europe’s ethnic minorities are represented and listened to in the upcoming Conference on the Future of Europe. Access to resources from the recently-agreed, EU-wide, multi-billion-euro recovery fund must also be ensured.

The union’s rule-of-law provisions should include reference to national measures to secure racial equality. And EU institutions should indeed make sure their recruitment policies include outreach to ethnic minorities.

There is no magic wand and no one European leader or institution can immediately make black lives matter in Europe. Dismantling years of neglect, and visible and invisible discrimination, will require sustained and painstaking effort.

An EU action plan to combat racism is a good first step. But it must be accompanied by a modern narrative of a truly inclusive and just Europe, which is genuinely ‘united in diversity’—in deed as well as word. 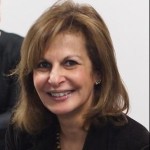 Shada Islam is a commentator and analyst on EU affairs, including migration, inclusion, diversity and women’s empowerment. She runs her own Brussels-based global strategy and advisory company, New Horizons Project.