Continuing our series on ‘just transition’, Natalie Bennett argues that the media have an ethical responsibility to foster public understanding.

Discussion of ‘fake news’ often centres on ‘social media’, on Russian interference and Twitter bots, on nefarious undercover sources. This ignores the ‘fake news’ hiding in open sight—plainly false reporting of news in mainstream media outlets and subtler slanting of reporting to meet the interests of proprietors and their friends. And then there’s the unconscious or unevaluated biases of journalists themselves.

The respected New York Times recently analysed ‘How Rupert Murdoch is Influencing Australia’s Bushfire Debate’—noting the playing down of the seriousness of the fires and their unprecedented nature amid the suggestion that an ‘arson emergency’, rather than the climate emergency, was to blame. It was an unusual case of a publication breaking an unwritten professional pact not to criticise colleagues.

To the dispassionate, informed eye, such falsehoods are often easy to identify and are generally debunked by critical readers. Broader underlying narratives built on misconceptions, however, are harder to identify, highlight and correct.

One such narrative posits that the actions needed to tackle the climate emergency and nature crisis—slashing carbon emissions and our resource consumption—must come at the expense of our quality of life. It suggests that these measures will adversely affect the lives of the poor and vulnerable, particularly communities that are currently reliant on fossil-fuel and resource-heavy industries. You might call it the ‘poor will pay’ assumption.

The counterclaim is that it is possible to have a ‘just transition’, from fossil fuels to renewables, from mass bulk consumption to quality production, from armaments manufacture to socially-useful goods, from the insecurity of zero-hours contracts to the security of a universal basic income.

The ‘poor will pay’ thesis is not in the ‘fake news’ class of thinking. The region of England in which I live, south Yorkshire, a traditional coal and steel area, has bitter experience of how major structural economic change—the deliberate closure of its industries driven by neoliberal ideology—can deeply scar, even destroy, communities and lives. It relies however on a deeper assumption: that politics and economics will continue on the neoliberal course of the past four decades and that the dominance of multinational companies and the financial sector was and will continue to be inevitable, rather than the product of political choices which could be made differently.

The ‘poor will pay’ thesis is demonstrably untrue—and certainly subject to change through struggle. The continuing gilets jaunes unrest in France is sometimes reported at least as having started as simple resistance to a ‘green’ measure in the form of fuel taxes. But there is ample evidence—including in the reaction of the president, Emmanuel Macron—that it was as much against the dropping of wealth taxes. Inequality was the driver, the righty identified fact that the rich were getting off scot-free while poorer people paid and paid again (without the option of not using that fuel, austerity having slashed alternative public-transport services).

The lack of understanding of change in the media is not the only challenge to reporting on the possibility of a just transition. Another practical professional barrier is the belief that news is about conflict, failure, pain and suffering. The impact of joblessness in ‘rustbelt’ communities, and the associated US opioid epidemic, is innately a ‘sexier’ story, in terms of conventional news values, than the successful opening of a new turbine factory or a massive offshore windfarm. The former goes page one or has a big spread in the weekend magazine, the latter maybe downpage in the business section in the depths of the newspaper.

Thinking about reporting, informing and educating about a just transition also means thinking about our classification of what is news—and how we can highlight good news and success stories. We’re not going to suddenly change journalism as a profession, or the news judgement of editors, although we can highlight these issues and campaign on them. But there are other things we can do.

One crucial corrective to dominant narratives, including the ‘poor will pay’, is media diversity. A range of voices, genuinely varied, will—in presenting different approaches, narratives and conclusions—at least encourage questioning and competition for the public’s understanding. That’s why reform of media ownership is crucial for our democracies. The UK is dreadful on this score but it is an issue across Europe and beyond.

There is also huge potential in the growth of ‘social media’ platforms. Traditional media are becoming less important every day, with the young never even picking up the habit. Everyone is now at least potentially a journalist and can get out the news through the almost ubiquitous tool of the mobile phone. Encouraging and supporting people to do this—particularly those whose voices are unlikely to be heard and fairly represented in the mainstream media—is crucial in getting out the just-transition message.

But it isn’t enough, and will in any case have limited effect, simply to say that we have to change how the media work. A crucial factor in promoting a just transition, and indeed more broadly in improving the quality and effectiveness of our democracy, is the level of media literacy in our societies—the capacity of the public to absorb information critically and to see the biases, the falsehoods and the gaps.

The Open Society Foundation recently attempted to chart this. And it will surprise few to learn that Finland came top of the media-literacy class, thanks to its widely-admired education system which explicitly seeks to teach this crucial skill.

And this process is not confined to formal education. The young climate strikers around the world have discovered, largely by themselves, the falsity and inadequacy of the world they are being presented with by their elders, and have developed a thoughtful analysis of the changes that need to be made.

That we have growing up sceptical, critical cohorts is on one level a tragedy, reflecting the failure of current systems to deliver a coherent, survivable world. But it is also deeply hopeful: they won’t swallow wholesale tired, failed, old narratives, but are demanding, and creating, visions of the just transition we all have to work towards. 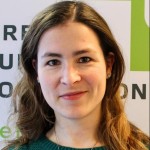 Natalie Bennett is a Green Party peer in the UK House of Lords. She was leader of the England and Wales Green Party from 2012-16, and editor of the Guardian Weekly from 2007 to 2011.