Rather than locate itself in the ‘frugal four’, Sweden should support a progressive recovery plan at the coming European Council.

The European project is in peril. After a catastrophic response to the 2008 crash, public support for democratic institutions and parties, most notably those on the centre-left, has fallen around Europe. At the same time, forces seeking to dismantle the European Union and renounce our shared democratic values have grown stronger.

The Covid-19 pandemic threatens to accelerate this downward spiral but it can also represent a turning point. EU member states face an important choice: stand together for a reformed union or live to see the old one implode. As the largest social-democratic party association in Sweden, Reformisterna urges the Swedish government to play its part. Sweden should be ready to support an ambitious recovery fund, but on the condition that the EU does not repeat the mistakes of the financial crisis.

The EU project is not an end in itself. After decades of heavily entrenched market fundamentalism, top-down austerity doctrines and a disconnected bureaucracy, it is easy to see the attraction in giving up and letting the union fall apart. As the ‘Brexit’ debacle has proven, however, such a solution is far from simple or compelling. Indeed, Sweden has everything to gain from an EU that develops in the right direction.

The Swedish welfare state is dependent on trade with EU member states. For the past 30 years, our economies have become so integrated that an ill-functioning or even failing EU poses a serious threat to the interests of the Swedish working and middle classes.

The EU, for all its flaws, is the best vehicle for European countries to act positively and in concert in a volatile, multipolar world order—in which authoritarian regimes are gaining geopolitical influence, systemic tax evasion threatens fiscal sustainability and we face an acute climate emergency. Sweden needs to support a strong arena for co-operation to solve the climate crisis, protect national (and European) sovereignty from systemic rivals such as China, and discipline international finance and entrenched business interests.

If viewed from the perspective of a simplified cost-benefit assessment, the proposal from the European Commission for a €750 billion recovery fund will undoubtedly cost Sweden more than it will receive in immediate returns. Sweden cannot however risk the stability of the union nor can it afford to be sidelined in the discussions at this turning point.

We therefore urge the Swedish government to engage constructively on the key elements of the commission’s proposal. This would be good for our European neighbours but also for Sweden. The fiscal conservatism of Swedish lawmakers should not stand in the way of the long-term benefits the plan could bring.

Swedish support for the recovery fund should, however, be conditional on key reforms. These should aim to avoid the pitfalls and errors of the recovery packages arising from the last crisis.

The EU is a powerful tool for change but it has for too long been a project of the elite. It is time for it to be leveraged to serve the working people it represents. We need a recovery that puts working people first, speeds up the green transition, creates jobs and builds houses and infrastructure. By having a seat at the table, Sweden has an important opportunity to provide a clear direction for the EU.

Reformisterna thus proposes that Swedish support for a recovery fund should be made conditional on:

A well-designed recovery plan can give us a greener, fairer and more equal EU. It is an important step towards a union that acts in the best interest of the people of Europe. And it is in the interest of all member states—including Sweden—to support that. 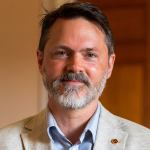 Markus Kallifatides is the chair of Reformisterna, a Swedish Social Democratic Party association established in 2018, now the largest such association in Sweden. He is Matts Carlgren associate professor of Management at the Stockholm School of Economics and has written a number of reports for the union think tank Katalys.