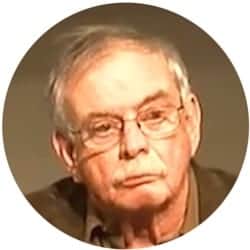 I and many others have argued that the basic EU treaties have flexibility to accommodate most social democratic policies such as those in the 2017 Manifesto of the UK Labour Party. Our argument may soon suffer a decisive blow from the EU parliament.

In March 2012 twenty-five EU national governments signed the Treaty on Stability, Coordination and Governance (TSCG), the “fiscal pact”. By signing national governments “contracted” (the treaty term) to obey its detailed fiscal rules. The TSCG did not achieve unanimous approval, thus could not become part of the de facto EU constitution; i.e., contrary to the intention of the fiscally reactionary governments, it was not incorporated into the Treaty on the Functioning of the European Union (TFEU).

This is not a distinction without difference. In practice the status of the TSCG and the two basic and unanimously adopted treaties are fundamentally different (the other is the Treaty on European Union, TEU). Because of the lack of unanimity, the TSCG is not a condition of membership, while the two basic treaties are.

As I explained in a previous Social Europe article, the TSCG/Fiscal Pact is very bad, enforcing upon member governments dysfunctional macroeconomic polices whose basic concepts are technically flawed (explained here), and whose enforcement procedure would be anti-democratic. The first clause of Article 3 removes ambiguity from the Maastricht convergence criteria that it seeks to codify: “The budgetary position of the general government shall be balanced or in surplus”, and governments may “deviate” from this rule only under very restrictive conditions (specified in Paragraph 3 of Article 3).

The intent to have MEPs render the TSCG into European law binding all members creates cause for alarm for progressives across the continent. The clear purpose is to eliminate the flexibility so desperately needed in the implementation of EU fiscal policy. As such it represents the response of the German government and its allies to perceptions of Commission backsliding on deficit enforcement and a counterattack to objections that the Commission acts too aggressively on “excessive” fiscal deficits.

For example, the de facto flexibility allowed for the governments of Portugal and Spain by the Commission prompts this attempt to create EU-wide enforcement of the TSCG. The assertion by Prime Minister Renzi that his government will ignore Commission objections to the Italian budget signals an even more serious threat to the neoliberal/ordoliberal fiscal dogma set out in the TCSG.

With the EP dominated by parties of the centre-right, passage of this austerity-enshrining legislation is highly likely if not a certainty. According to Agence Europe, in the initial parliamentary debate after formal statement of the intent to make the fiscal pact EU law the response from MEPs was overwhelmingly in favour, including support from mainstream social democrats. MEP Marco Valli of the Five Star Movement accurately summarized the proposed legislation as “institutionalization of the troika”, referring to the infamous coalition of debt collectors that ravaged Greece.

The most disturbing aspect of the impending legislation is that it will be achieved through a democratic process in the name of an “ever closer union” (EC vice-president Valdis Dombrovskis used the word “deepening”).   Through an institution that progressives seek to strengthen (the Parliament), in the name of a goal supported by much of the European mainstream Left, flexibility for national fiscal policy will be severely restricted.

Laws passed can be repealed. But the legislation scheduled for presentation to MEPs on 6 December will make the struggle for a social democratic Europe all the harder.

John Weeks is co-ordinator of the London-based Progressive Economy Forum and professor emeritus of the School of Oriental and African Studies. He is author of The Debt Delusion: Living within Our Means and Other Fallacies (2019) and Economics of the 1%: How Mainstream Economics Services the Rich, Obscures Reality and Distorts Policy.