Artificial intelligence is often associated with prophecies of job destruction. Yet an army of workers in the global south is being pressed into action.

In discussions about the locations comprising the key productive nodes of artificial intelligence and other next-generation digital technologies, African workers rarely get a mention. Autonomous vehicles, machine-learning systems, next-generation search engines and recommendations systems—how many of these technologies are ‘made in Africa’? The answer, actually, is ‘all of them’.

In a paper from which this article is derived, we make visible the invisible and bring to light the role African workers are playing in developing such key emergent, and everyday, technologies—which underpin, or soon will, the enormous profits made by large technology companies based in the global north. In the context of hyperbolic claims about automation and robotisation—and the impending technological unemployment they are predicted to herald—human labour, including that of African workers, remains very much a part of contemporary digital capitalism.

We conducted a five-year study (2014-19) in South Africa, Ghana, Nigeria, Uganda and Kenya, involving in-depth interviews and group discussions with more than 200 stakeholders—including workers, managers of outsourcing firms, government officials, trade unions, employment agencies, private-sector associations and industry experts. This enabled us to construct a snapshot of the key ways in which African digital labour has been integrated into the production networks of digital products and services being deployed around the world.

We focused on machine learning and digital decision-making. These activities are performed by workers employed within firms or operating as freelancers through digital work platforms (such as Upwork, Freelancer.com and Amazon Mechanical Turk), which act as intermediaries between employers and workers in a planetary labour market. Much hides behind the sleek, automated surfaces.

African workers play an important role in building and maintaining these technologies—acting as ‘data janitors’. Real people are still needed to structure, classify and tag an enormous amount of unstructured information for companies using machine-learning algorithms in their products.

While many scholars are predicting that machines will replace humans in the production process, thus increasing unemployment around the world, automation is not always what it seems. Technological advances and use of machines in production can destroy jobs in one location (primarily richer regions), yet can also open up many lower-income work possibilities for workers in poorer countries.

Once we acknowledge that many contemporary digital technologies rely on a lot of human labour to drive their interfaces, we can begin to piece together what the new global division of labour for digital work looks like. We need detailed empirical studies of where value is created and captured in these production networks, which are opaque by design. Research can start to make the invisible nodes of these chains more visible and highlight the pay and working conditions of the workers who make everything possible.

This is not to say that many of these digital workers are poorly paid by local standards, or that they are ungrateful for their jobs. But high unemployment and a large informal sector mean these digital jobs receive overly positive reviews, while the risks are sidelined. And digital workers in Africa are still earning only a tiny fraction of the profits generated from their labour.

The contemporary digital economy thus offers jobs and opportunities to African workers, but even more of an opportunity to the international corporations which seek to profit from their labour. There is no easy means for firms and individuals based in the world’s economic margins to move up global value chains, but this does not mean that we should throw up our hands and accept the status quo.

As digital connectivity spreads to the last corners of the world, we hope this knowledge will help build a greater socio-political response to the relatively labour-intensive nature of the contemporary digital economy, in which African workers play a significant role in value creation. Once we acknowledge that many contemporary digital technologies rely on a lot of human labour to drive their interfaces, we can begin to piece together what the new global division of labour for digital work looks like and aim—at both the global and local scales—to make some of these value chains more transparent, ethical, and rewarding.

Meantime, there is still much to be done to understand better African digital labour, to challenge labour processes and employment relations, to improve the quality of work and to identify the common interests of workers—and the ways their labour connects distant sites of production and consumption. 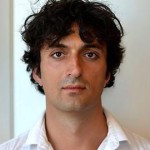 Mark Graham is professor of internet geography at the Oxford Internet Institute and director of the Fairwork Foundation. Mohammad Amir Anwar is a lecturer in African studies and international development at the Centre of African Studies, University of Edinburgh.