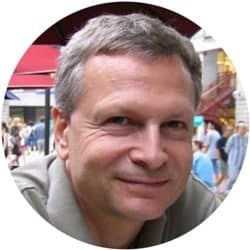 At the end of August, French president Emmanuel Macron unveiled the labour-market overhaul that will make or break his presidency – and may well determine the future of the eurozone. His goal is to bring down France’s stubbornly high rate of unemployment, just a shade below 10%, and energize an economy that badly needs a kick-start.

Labour reform has long been on France’s agenda. Practically every French administration in recent memory has tried to rewrite the country’s gargantuan labour code, typically failing in the face of trade union protests. Macron makes no bones about what he is up against: he has described it as a Copernican revolution. But this time may well be different. Even though the country’s second-largest union has called a general strike, indications are that Macron will have the political support he needs.

Macron’s reforms aim at increasing what is euphemistically called labour-market flexibility. The proposed reforms would make it easier for firms to dismiss employees, decentralize bargaining between employers and workers in small firms (by eliminating sector-level agreements), and introduce a ceiling on indemnity for wrongful dismissal, providing firms relief from the unpredictability of damages awarded through arbitration. Moreover, the reforms remove a requirement that linked mass layoffs at large companies to such firms’ global profitability; companies will now be permitted to fire workers solely on the basis of domestic profitability.

The logic behind Macron’s labour-market reforms has driven the structural-reform agenda of policy economists and international institutions ranging from the International Monetary Fund to the OECD during the last three decades. Greater flexibility, according to this view, will enable French firms to adjust more efficiently to changing market conditions, which in turn will make them more competitive and dynamic, giving the French economy a boost.

The idea that making it easier to fire workers will reduce, rather than increase, unemployment is not as crazy as it may sound. If the costs of firing workers are prohibitively high, firms may not hire additional workers in a market upturn, for fear that they will be unable to reduce their labour costs in a future downturn. Firing costs are hiring costs, as economists like to say. Reduce firing costs, and you reduce hiring costs, too.

Whether a reduction in firing costs does boost employment depends on the balance of those two offsetting factors. The outcome turns on whether firms are more constrained by the hiring costs or by the firing costs.

In good times, when firms want to expand, it is the hiring costs that bind, and making it easier to fire workers will remove a key impediment to investment and capacity expansion. In more pessimistic times, reducing firing costs will simply lead to more dismissals. Which of these factors prevails depends on the state of aggregate demand and the “animal spirits” of employers.

This ambiguity explains why it has proved difficult to establish a clear empirical relationship between employment protection and labour-market performance, despite the enthusiasm of many economists and policymakers for flexibility-enhancing reforms. There is considerable evidence that strong employment protection laws do reduce job turnover – the number of hires and fires. But when it comes to overall employment and unemployment levels, “the jury is still out,” as a recent survey shows. The comparative record gives us little confidence that the French reforms will produce a boost in employment.

France is thought to have particularly cumbersome labour laws. Yet many of the economies with which it competes have similarly strong labour-market protections. In fact, according to the OECD’s indicators of employment protection, German and Dutch workers under permanent contracts enjoy even greater security than French workers do. (Where the French system seems especially restrictive is with respect to temporary contracts.)

By some measures, France was second only to Germany in terms of labour-market deregulation before the global financial crisis. Yet unemployment levels in Germany and the Netherlands are a fraction of those prevailing in France.

The real difference between these economies is that Germany and the Netherlands, unlike France, run large current-account surpluses. This means that their economies receive a large boost from foreign demand. France, by contrast, has a small current-account deficit.

Might reforms that increase labour-market flexibility give French industry a similar lift? Perhaps. But that will require a sharp increase in French industrialists’ animal spirits. Psychology may eventually play a greater role than the details of the reforms themselves.

In such a technocratic discussion, it is easy to forget that what economists call “labour-market rigidities” are in fact a crucial component of the social bargain in advanced capitalist economies. They provide income and employment security for workers whose lives might otherwise be subject to tumultuous upheavals. And, as the Italian economist Giuseppe Bertola notes, they can be efficient even from a strictly economic perspective, because they facilitate the smoothing of labour incomes.

Macron’s entourage has been wisely telling anyone who will listen not to expect too much from the new labour code. The economics of the reforms suggest that they are unlikely to make a big difference on their own. The trouble is that Macron has too few arrows in his quiver when it comes to lifting French economic growth. In terms of macroeconomic policy, his hands are tied in the eurozone, and there is little prospect that Germany will help by boosting its investment and spending. So, whether Macron likes it or not, his presidency is likely to be judged by the economic and political repercussions of his labour reforms.

Dani Rodrik is the Ford Foundation professor of international political economy at the Harvard Kennedy School.