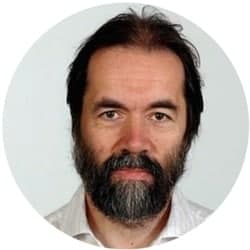 I often find that arguments for Lexit have many structural similarities to right wing arguments for Brexit. Take Larry Elliott’s latest piece for example. This includes:

But I also have complaints that I think are unique to Lexit arguments. When some people mock the use of the term neoliberalism, they should use the Lexit debate as ammunition. When I use the term, it is to signal a project that in various ways subordinates the state to the market. Yet we are told that the EU has neoliberalism hardwired into it. The EU is fundamentally about trade liberalisation, not about the role of the state. It is trade liberalism that is hardwired into the EU, not neoliberalism (the Lexit advocacy here is more honest about that).

Is levying a huge fine on Google because its search engine gives preference to its own shopping comparison site an example of neoliberalism? Is a maximum working week? Are environmental standards? These are all examples of a collective of states interfering with firms and the market. One of the strong and left wing arguments for the EU is that only at this level can you avoid large multinational corporations blackmailing states that attempted to challenge them in similar ways. I am sure there are many examples where the EU could do this more effectively, but at least they are trying.

The argument for Lexit is therefore similar to the argument against globalisation. The problems that a combination of globalisation and technical change has created for many communities are real enough. But Lexit arguments typically ignore two key points. First, globalisation has brought huge gains for many poorer countries. That applies as much to the poorer states of the EU as it does to China and India. Of course what is being done to Greece is appalling (and I have not hesitated to say so on many occasions), but this once again is a result of a common currency, not trade liberalisation under the EU. Indeed, one of the reasons the Eurozone’s blackmail of Greece worked is that a majority of Greeks want to stay in the EU.

Second, the gains for the UK that have followed most trade liberalisation are real enough, which is why there are large costs to leaving the Single Market or customs union. Larry spins this by saying the “left needs to be very careful about running with the idea that business should be able to veto decisions made by the electorate.” This is a line that shows the left at its worst. The costs of Brexit do not necessarily fall on business (which is often mobile) but on ordinary UK citizens. What proponents of Lexit have to show is that the benefits of the policy freedom Brexit gives you outweigh these costs.

The most promising way to help the losers from trade liberalisation (and technical progress) is through an active industrial and regional policy. Proponents of Lexit argue that the EU would prevent such a strategy. If we are talking about giving aid to declining uncompetitive sectors, then many would argue that it is a good thing that the EU does stop that happening. But to suggest that the EU is opposed to any kind of regional aid seems to conflict with the existence of the EU’s Cohesion Policy, that has benefited many areas in the UK. For a more general discussion of the justifications the EU gives for intervening in the market, see William Davies here. The set of policies that the EU prevents but which any reasonable trade deal with the EU would allow are pretty small, with the key exception of controlling immigration.

Larry says that freedom of movement has not benefited workers. I think he would find plenty of EU workers in the UK who would disagree (at least before Brexit). Just as the movement of goods across borders benefits all, so can the movement of people. Most of the analysis I have seen has shown that recent immigration into the UK has been beneficial to UK workers once you take everything into account. Ignoring all that by talking about the ‘lived experience of ordinary people’ (from here) suggests an attitude to knowledge and evidence worthy of UKIP. Which brings me full circle.