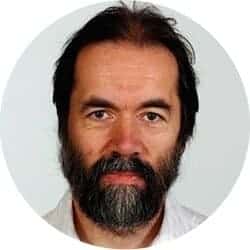 I realise I have not written much about Greece since the open letter to Angela Merkel that Thomas Piketty, Jeffrey Sachs, Dani Rodrik, Heiner Flassbeck and I wrote in July 2015 (see here and here). Nothing has changed to alter the views I expressed then. The excess borrowing, some of which they kept secret, of Greek governments before the crisis was always going to involve painful adjustments subsequently. Eurozone governments and the Troika (Commission, ECB and IMF) turned a painful adjustment into a major calamity.

Unfortunately for a UK audience I have to stress this has nothing to do with the EU, and everything to do with the Eurozone and what I called in one post the “stupid cruelty of the creditor”. Private banks were happy to lend to the Greek government because they mistakenly believed their money was as safe as if they were lending to Germany. Other governments first delayed and then limited Greek default because they were worried about the financial health of their own banks. They replaced privately held Greek debt with money the Greek government owed to other Eurozone governments. From that point voters would always want all their money back. In an effort to achieve that the Troika demanded and largely achieved draconian austerity and a vast array of reforms.

The result was a slump which crippled the economy in a way that has few parallels in history. Most economists understand that in situations like this it is ridiculous to insist that the debtor pays all the money back. For basic Keynesian reasons this insistence just destroys the ability of the debtor to pay: it is not a zero sum game between creditor and debtor. This is why so much of German debt was written off after WWII, as we noted in our letter.

By July 2015 the Greek government was able to pay for its spending with taxes, so all it needed was loans rolled over. The Troika would only do that if the Greek government started running a large surplus to start paying back the debt i.e. further austerity. It made much more sense to let the economy recover first, but the Troika did not see sense. They got their way only because the ECB cut off the supply of Euros to Greece. The only way out for Greece was to leave the EU and its people did not want this. Outside the Eurozone a government in a similar situation would have defaulted in 2010 and its creditors would have lost their money, or it would have defaulted once it got to primary surplus. Being in the Eurozone with the ECB doing the creditors bidding was a different story.

The cost to Greece was not just a much reduced standard of living but also, as Frances Coppola describes, it meant “newborn babies are dying of completely treatable conditions, adolescents and young adults are killing themselves, and adolescents and adults are dying of diseases associated with poor diet, alcohol abuse and smoking, and of treatable illnesses” in far greater numbers than elsewhere in Europe and in Greece before the crisis. Most of this is the result of the stupid cruelty of the creditor: the Eurozone governments, the ECB and the IMF. I compared the indifference of other Eurozone countries to the suffering they imposed on Greece to the inaction of the English government during the Irish famine.

But the major lesson I draw from all this is that intergovernmental loans within the Eurozone are a very bad idea, because they just encourage creditors to be stupid. Outside the Eurozone, once a debtor economy has achieved primary surplus it can default on its debts and that gives it some power over creditors. That helps prevent disasters like Greece happening elsewhere. Inside the Eurozone the creditors have too much power, because they can threaten to cut off money to a member’s banking system or throw you out of the club. The Eurozone has not learnt this lesson for obvious political reasons, which makes it a dangerous club to join. If you are unfortunate to live under a Eurozone government that secretly borrows too much, many more of your countrymen will die as a result of being in the Eurozone.