Sheri Berman contends that the the left needs to develop distinct and feasible responses to immigration to counter the populists’ dystopian visions. 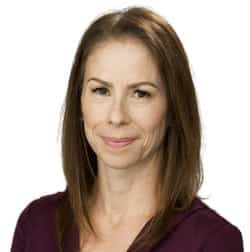 The main challenges facing the left and Western democracies more generally fall into two core categories: economic and social. In recent years a general consensus emerged regarding the former that the left had moved too far in a neoliberal direction and needed to shift course, directly attacking rising inequality, and declining social mobility and strengthening the welfare state. Yet there has been no similar reassessment of the left’s position on social issues, particularly immigration and national identity. Indeed, even suggesting that reassessment is necessary often provokes a backlash.

For example, recently in The Guardian Tony Blair, Hillary Clinton and Matteo Renzi urged the European left to rethink its stance on immigration. Blair argued: “You’ve got to deal with the legitimate grievances and answer them, which is why today in Europe you cannot possibly stand for election unless you’ve got a strong position on immigration because people are worried about it.” Clinton similarly urged “Europe … to get a handle on migration because that is what lit the flame”. Not everyone who wants immigrate to the West can, “unless they qualify for asylum, which has been in our law for hundreds of years”. Certainly, those who represent a threat to national security need to be turned back and migrants already here have to learn the language, pay taxes, follow the law and wait in line. The response to these statements was fast and furious. One headline proclaimed “Hillary Clinton’s chilling pragmatism gives the far-right a free pass”.

A similar storm broke out in response to an article by Andrea Nagle criticizing the American left’s stance on immigration. Nagle pointed out that by claiming “no human is illegal!”, as the protest chant goes, the left is implicitly accepting the moral case for no borders or sovereign nations at all—a position generally associated with the free-market right. But what implications will unlimited migration have for projects like universal public health care and education, or a federal jobs guarantee? And how will progressives convincingly explain these goals to the public?” Nagle too was met with rejoinders like “There is no left case for nationalism”.

Such responses hinder rather than help the left deal with the threat from the right because they dismiss rather than address voters’ concerns. Voters in the United States and Europe consistently identify immigration as one of the most important issues facing their countries, with majorities in most countries favouring limits on it. Even more troubling, many citizens say immigration is changing their countries in ways they don’t like and many left voters view their parties’ positions on immigration as distant from their own. Problems can’t be solved if they are not confronted. If the left wants to counter concerns about immigration and the right’s exploitation of them, it needs to come up with better arguments and policies than it has in the past.

Some concerns are economic. Although immigration, like globalisation and technological change, is a net good for society, its benefits are felt most clearly in cosmopolitan urban areas with highly-educated elites, while its downsides are felt most strongly in rural and other areas where less-educated and -skilled workers live. Perhaps because immigration has generally increased the supply of low-skilled more than high-skilled workers and we are living in an era where decent-paying, low-skilled jobs are scarce, there is evidence that workers and others in low-skill jobs are most likely to fear competition from recent (low-skilled) immigration for economic resources. Relatedly, especially during times of rising economic risk and government austerity, citizens are likely to be wary of the fiscal burdens posed by immigration and workers and other members of the “precariat” probably particularly prone, as Arlie Hochshild, Katherine Cramer and others have found, to be resentful of newcomers viewed as “jumping the queue” for state benefits. As one investigation of Germany and France put it, “As long as people have anxiety about their future, there will be skepticism about giving help to strangers.” Reflecting this, voters often name “overwhelmed public services” and financial costs as reasons for their opposition to immigration.

Alongside economic concerns, the left also needs to confront directly voters’ anxieties about assimilation and threats to national identity. Over the past years, immigrants have come from very different cultures and in unprecedently high numbers. (Even in the US, which has a long history of immigration, backlashes occurred when immigration reached the levels it is at today.) While many left elites view the nation as a “backward” or even dangerous construct, most citizens disagree: Europeans remain proud of their national identities and believe that “for the good of our country it is necessary for immigrants to adopt our countries’ customs and traditions”. Scholars consistently find concerns and fears about the social and cultural impact of immigration to be a main—perhaps the main—driver of attitudes towards immigration.

Addressing these concerns is not equivalent to adopting or “normalising” the xenophobia or racism of the populist right. There is a distinction between shunning populist parties and dismissing the grievances they exploit. It is the job of parties of the left, and democracy more generally, to provide explanations of and solutions to societal problems and dissatisfaction. In the past, the tendency to ignore or denigrate concerns about immigration and national identity has done little to halt populism’s growth; indeed, it may have facilitated it by allowing populists to exploit these issues even further.

Fortunately, a “backlash against the backlash” against engaging in these issues is developing. Alongside the interventions by Blair, Clinton, Renzi and Nagle, John Judis, Francis Fukuyama, William Galston, Michael Bröning and others have recently written thoughtful books and articles on immigration and national identity. The left needs to engage the ideas and policy suggestions raised by these and other authors and the fears and concerns of their voters and citizens more generally, rather than dismissing them. A distinguishing feature of populist voters is a conviction that politicians, parties and governments are not responsive to them. To counter this conviction in general and fears of immigration and threats to national identities in particular, the left needs to develop distinctive, positive and viable responses to immigration to counter the dystopian ones offered by the right. If it does not, it simply allowing the right to define and drive the debate.

For those who remain skeptical, it is worth remembering the left’s own history. Approximately a century ago, on the eve of the First World War and the most horrific period in European history, the international socialist movement was destroyed and many of its parties tragically divided by nationalism. We are not at such a critical juncture but ensuring we don’t move further towards it will require that the left recognise and respond to the grievances and anxieties roiling their societies today.