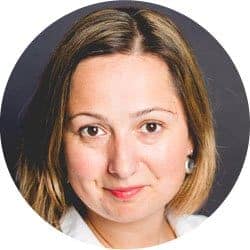 Trust in national governments has reached worryingly low levels in Central, Eastern and Southeastern Europe (CESEE), at least compared to the EU-15 average. In addition, trust in the EU is generally higher than trust in national governments, underlining the importance of the prospect of joining the EU in these societies. Very recently, the Organization for Economic Co-operation and Development (OECD) and the European Bank for Reconstruction and Development (EBRD) have published major reports, concluding that trust is essential for a well-functioning economy and growth. Based on unique data from the Euro Survey (compiled by Oesterreichische Nationalbank, the central bank of Austria), we study the impact of income inequality on trust in national governments in ten countries in Central, Eastern and Southeastern Europe, the CESEE-region (see the complete study for more details). 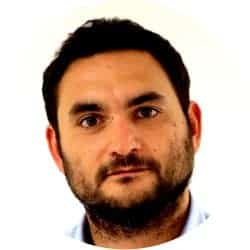 We calculate measures of regional and country-level income inequality (e.g. Gini-Index, top and bottom income shares), the first time this has been done for some countries in our sample. Overall, levels of income inequality are still lower in most CESEE countries than in Western Europe and declined in most countries of the region between 2009 and 2015 (see left-hand figure). Trust in governments and income inequality are negatively correlated, as we would expect (see figure below).

Using econometric techniques to account for the hierarchical structure of the data, and taking into account various other potential explanations for trust in governments, our main findings include:

Apart from the political implications of the rise of populism, our results suggest that there might also be severe economic implications. For instance, if people do not really trust their government, why should they comply with tax rules? Consequently, if public revenues are low due to tax evasion or tax avoidance – both are widespread in some of these countries – how are expenditures on education or labor market programs going to be financed?

In that regard, the EBRD, in its 2017 flagship report, found that the quality of institutions is key for economic and political success. In short, simply providing another school will not change much if the quality of teachers, materials or educational programs is poor. As other studies have shown, a lack of trust hampers economic growth by putting a drag on consumption and investment. If individuals do not really trust their government, how are they supposed to consume or invest? Obviously, it is also imperative for the smooth working of finance. Trust in various institutions is highly correlated, which means that low levels of trust in governments usually go hand in hand with lack of trust in other institutions such as banks. This may act as a barrier to development as well, which is particularly important for the countries under investigation.

In conclusion, our study suggests that income inequality has a negative impact on the probability of trust in national governments, which in turn has economic and political consequences for the countries under examination. In light of our findings, any measures to reduce income inequality are obviously welcome. These measures may include increased efforts to improve the skills of the workforce through education and active labor market programs, measures to alter the primary distribution of income (e.g. minimum wages, collective bargaining arrangements), a more progressive tax system or taxation of wealth to support income tax relief for or public transfers to poorer households. Hence, a wide-ranging approach is required to ensure high trust in national governments in the CESEE region.

Disclaimer: the views expressed here are those of the authors and do not reflect the official viewpoint of the Oesterreichische Nationalbank (OeNB) or of the Eurosystem.

Mariya Hake and Christian A. Belabed

This author does not have any more posts.