Years of pre-crisis adhesion to ‘new public management’ in health policy have seen public provision eroded. Now is an opportunity to change course.

Governments across Europe have introduced a series of health-policy measures to tackle the Covid-19 pandemic. These have sought primarily to limit the spread of the virus and treat its victims, but also more generally to ensure access to medical care in these times of crisis. While such measures suggest a U-turn in health policy, it remains to be seen whether they will lead to path-breaking developments across Europe once the crisis is gone.

Since the 1990s, health-policy reforms across Europe have been  guided by ‘new public management’ (NPM). Its advocates argued that such measures as shifting some healthcare costs on to patients and making service providers compete would achieve better allocation of resources, and therefore bring greater efficiency and responsiveness to the health needs of the population.

While the NPM approach was embraced with varying degrees of enthusiasm across countries and governments, its long-term effects have been widely apparent. Since 1990, most European countries have demonstrated a reduction in the public share of expenditure on healthcare. In some countries in eastern Europe the decline has been higher even than 40 percentage points (see figure).

The public share of healthcare spending has been reduced through a variety of policy measures, justified mainly by ‘efficiency’ and cost-containment. These include user charges for medical services, expected to reduce demand for ‘unnecessary’ care. Another common measure has been reduction in hospital capacities.

As hospitals deliver costly specialised care and in Europe they are still predominantly public, one of the key cost-containment measures has been reduction of hospital beds. Particularly relevant in the context of the current crisis has been the decline in curative hospital beds in almost all countries since 1990. As hospitals in many countries also struggle with large debts, some governments have gone even further and transformed financially troubled public hospitals into joint-stock companies.

One of the major trends generated by the Covid-19 crisis has been a reinjection of public funds into the health system. An overview by the Organisation for Economic Co-operation and Development of health-policy responses shows that Austria, Belgium, France, Germany, Greece, Poland, Estonia, Finland and the UK have all injected considerable amounts, in some cases worth billions of euro, into their health system. In the UK, the government has also written off a large hospital debt for around 100 hospitals, amounting to no less than £13 billion. The Spanish government took an even more radical move and nationalised all of the country’s private hospitals.

Another trend stemming from the crisis has been facilitated access to needed care. In Ireland, the government decided that, regardless of the individual’s coverage status, it would finance remote consultations with general practitioners for patients who might have contracted Covid-19, including any referral.

In Portugal, all user charges and co-payments were suspended for patients referred for diagnosis of Covid-19 and associated treatment. In Estonia, medical care for those with an acute illness was redefined as emergency care, which implied that it would be funded by national health insurance, again regardless of coverage. In Greece and Slovenia, the government decided temporarily to cover contributions on behalf of the self-employed.

It is uncertain whether these measures will indeed prove temporary or whether they signal a more profound, path-breaking change in the direction of health policy. Both scenarios are possible.

First, the path-breaking scenario. Unfortunately, the health crisis is here to stay, at least until public vaccination programmes against the virus are in place. This suggests securing access to healthcare will be high on governments’ agendas, implying additional public funding.

Due to the scope of the pandemic, healthcare is meanwhile likely to remain a highly salient public issue. This might deter governments from unpopular moves involving cuts in public healthcare spending.

The crisis and consequent measures have also raised public awareness of the significance of solidarity. A universal public healthcare system which provides free care at the point of delivery is a flagship of solidarity. So again policy-makers may hesitate to cut public spending, risking infringement of such a core value.

The path-staying scenario is however also possible. Not all countries have adopted the same measures during the crisis. In the Netherlands, for example, Covid-19 patients have to pay the mandatory deductible, as in normal medical specialist care, when admitted to hospital.

Also, many of the measures introduced to ease access to care are limited to Covid-19-related care and do not apply to the health service as a whole. Once the vaccine is in place, these measures could be withdrawn without much public outcry.

Moreover, path-breaking developments might also be unlikely for ‘simple’ economic reasons. In Europe, healthcare is the second biggest consumer (after pensions) of public welfare funds. As the austerity approach followed during the eurozone crisis does not seem to have been discredited, it could yet be applied to welfare, including health policy once the pandemic is over.

The last reason for uncertainty about the direction of health policy is politics. Preliminary evidence suggests the effects of the current crisis have been unevenly distributed across social groups. The poor and the sick have been more affected by the pandemic—in not only the worsening of their health but also their economic conditions. This suggests that the ethos of solidarity foregrounded in the context of the crisis could quickly recede in its aftermath.

The differential socio-economic effects of the pandemic could then translate into different policy preferences among the electorate, generating political conflict over the direction of health policy. As politics make policy, and post-crisis politics is yet to unfold, the future of European health policy is thus highly uncertain. 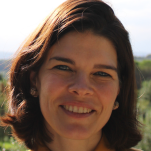 Tamara Popic is a Max Weber fellow at the European University Institute. Her research focuses on health policy and politics and she is one of the editors of Health Politics in Europe: A Handbook (Oxford University Press, forthcoming).