The pandemic has reinforced the case for egalitarianism to define the ethos of the welfare state.

But the overriding subjective experience of poverty is substantially the same, regardless of those differences. Interviews with those regarded as poor in richer and poorer countries found: ‘Respondents universally despised poverty and frequently despised themselves for being poor.’ By being poor, they felt that they ‘had both failed themselves and that others saw them as failures’ and their sense of shame ‘was reinforced in the family, the workplace and in their dealings with officialdom’.

That poverty should make people feel so shamed, devalued and humiliated, despite such different material circumstances, highlights the overriding importance of relativities and of inequality itself. Inequality brings hierarchy into social relationships.

The material differences in a society, the ‘vertical’ inequalities of income, wealth and power, are foundational. They are the inequalities through which the various ‘horizontal’ inequalities of ethnicity, gender, sexuality and disability are expressed and experienced. They create the social distances of class and status, of superiority and inferiority, exacerbating the downward prejudices and discrimination experienced by women, black, ethnic and other minorities. How large the overall ‘vertical’ inequalities are across a society—from the heights of privilege to the depths of deprivation and degradation—the scale of material inequality tells us how far societies are from treating all members as of equal human worth.

Larger material gaps in a society make class and status differences more important. They increase the prevalence of a wide range of health and social problems associated with low status. Most of the problems that we know are related to status within societies become more common when bigger income differences make the differences in social status larger. Examples include health, child wellbeing, violence, social cohesion, social mobility, imprisonment rates and the educational performance of schoolchildren.

The coronavirus pandemic has focused attention—once again—on the crucial importance of the scale of income differences. In a comparison of 84 countries as well as among the 50 states of the USA, coronavirus death rates have been found to be higher where income spreads are larger (after controlling for confounding factors).

Societies with female political leaders have been more successful than others in limiting the pandemic. This appears to be because more equal societies are not only more likely to elect women to leadership positions but also, due to their greater equality, were already healthier and more cohesive before the pandemic.

Although inequality increases violence (as measured by homicide rates), there are not yet studies of whether the rise in domestic violence during the Covid-19 lockdown has been greater in more unequal societies.

One of the most crucial functions of welfare states should therefore be to reduce inequalities in income and wealth. But that does not tell us much about what kind of welfare system is most desirable.

As Gøsta Esping-Andersen and others have shown, bigger welfare states do not always produce greater equality. The relationship between different welfare-state systems and inequality is more complicated than might at first be imagined. The same system applied to different populations may produce different levels of inequality—depending, for instance, on the proportion of elderly or single parents in the population.

Large-scale redistribution, through progressive taxation and generous social-security systems, is however essential. That is necessary not only to support the economically inactive population but also because the inequalities of pre-tax (‘market’) incomes are intolerably large.

The picture is broadly similar in many countries: the historic strengthening of the labour movement and social-democratic parties led to a decline in inequality from sometime in the 1930s. That continued through to the late 1970s, to be followed—because of the rise of neoliberalism and the decline of the labour movement—by the modern rise in inequality from around 1980. The politics behind these changes is illustrated clearly by the way trends in inequality in different countries almost exactly mirror changes in trade union membership.

We need to develop new means of bringing top incomes under democratic constraint. Perhaps the most promising are forms of economic democracy—not only substantial and increasing employee representation on the boards of larger companies but also incentives to expand the small sector of more thoroughly democratic models, such as employee co-operatives and employee-owned companies.

As well as smaller income differences, more democratic forms of management have many other advantages, including improvements in productivity. That is in stark contrast to conventional companies, in which those with the largest pay differentials perform less well than those with smaller differentials.

Extending democracy into the economic sphere may have the important additional advantage of underpinning our political democracies—which have become increasingly dysfunctional—and embedding equality fundamentally in the social structure. Because some multinational corporations not only have revenues bigger than the gross domestic product of smaller countries but also exercise high control over the lives of hundreds of thousands of employees, they inevitably raise issues of democratic accountability. The same ethical justifications used historically to replace political dictatorships with democracy are just as relevant to the demand for economic democracy today.

Greater equality is also key if, over the next 10 or 20 years, we are to rein in consumerism and waste and achieve carbon neutrality. Research has shown that inequality intensifies the status competition that drives consumerism. Inequality makes money more important: it becomes the measure of the person—so much so, that people living in more unequal areas have been found to spend more on status goods, including ostentatious cars and clothes with designer labels. Not only that but borrowing tends to increase with inequality and bankruptcies become more common.

The pandemic has shown that our societies are more flexible, and their populations more vulnerable, than most people had previously recognised. Given the urgency of making the transition to sustainable wellbeing, these are valuable lessons. Greater equality has been shown to be a powerful asset, in increasing society’s flexibility and in reducing our vulnerability to Covid-19.

The prize of sustainable wellbeing requires that populations of high-income countries abandon the goal of economic growth, which no longer improves the health or wellbeing of their populations, and turn their attention instead to improving the quality of the social environment. We know that social relations are powerful determinants of health and wellbeing—and both can be improved by reducing inequality. 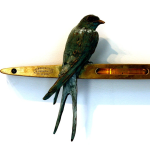