For a decade there has been cross-party support in Germany for the balanced-budget rule. But in the first of a series of Social Europe columns on German economic debates, Peter Bofinger explains why the social democrats should abandon the ‘black zero’. 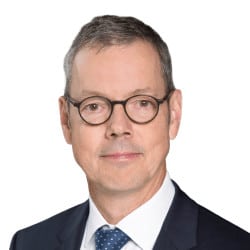 If our children and grandchildren look back on the present day in 30 years, they will wonder how it was that such a civilised country as the United Kingdom could actually entertain leaving the European Union and robbing itself of its economic and political prospects. In Germany they could ask the question why the land of poets and thinkers came up with the idea of ​​blindly sacrificing itself to the ideology of the ‘black zero’. How could it be that Germany deliberately renounced investments in the future—and even believed that in doing so it was doing future generations a favour?

The German social-democrat party (SPD) is currently correcting mistakes from the past. This applies in particular to the 2005 ‘Hartz IV’ labour-market reform proposed by the eponymous commission, chaired by the personnel director of Volkswagen, established when Gerard Schröder was SPD chancellor. It has been celebrated as a great success for many years. On closer inspection, however, it turns out to resemble the fairy tale of the emperor’s new clothes.

The world market successes of the German economy has nothing  to do with the fact that the qualified long-term unemployed have received lower benefits since Hartz IV. If such a reform were the ‘game-changer’, the economies of Italy and Greece would be flourishing, because long-term unemployed people do not receive any state support there. It is good that the SPD has now begun to rethink Hartz IV. This has had a directly positive effect on its position in the opinion polls.

Therefore, the SPD should now be courageous and also turn away from the ideology of the black zero (schwarze Null), a balanced-budget rule introduced in the aftermath of the global financial crisis. There are no economic arguments in favour of the ‘debt brake’ (Schuldenbremse), which enshrines the rule in the German constitution.

Today, Germany has a ratio of public debt to gross domestic product of 56 per cent, which is already below the 60 per cent threshold set by the Maastricht treaty. It is considerably below the level of the other G7 countries: Japan has the highest debt at 237 per cent of GDP, followed by Italy (129 per cent), the United States (108), France (96), the United Kingdom (87) and Canada (85).

Economics has so far failed to derive convincingly an upper limit on the debt-to-GDP ratio. The attempt by Carmen Reinhart and Kenneth Rogoff to identify a 90 per cent threshold in a paper published in the American Economic Review in 2010 was fraught with simple data errors. Japan, with its record debt ratio, has never encountered any difficulty in financing its debt. It has also never been confronted with a major crisis of confidence in the yen—on the contrary, for most of the time the Japanese currency has been too strong for its economic good.

But even assuming that a debt-to-GDP ratio of 60 per cent would be appropriate for Germany would not provide a justification for the black zero. With a nominal GDP growth domestically of around 3 per cent for the foreseeable future, this ratio can be kept constant with an average 1.8 per cent annual budget deficit, relative to GDP, over the medium-term. This follows from a simple formula: the deficit ratio required to keep the debt-to-GDP ratio constant is the product of the nominal GDP growth rate and the debt-to-GDP ratio (3 x 0.6 = 1.8). This would imply Germany could spend annually about €60 billion more on all forms of public investment.

With a deficit of this order of magnitude Germany would be more in line with the rest of the G7. Currently the US has a deficit of 5.0 per cent, Japan 2.8, the UK and Italy 1.7 and Canada 1.1 per cent.

While there is no sound theoretical basis for a ceiling to the debt-to-GDP ratio, government borrowing can be well justified if the funds are used to finance investment in the future. This is the ‘golden rule’ of public finance, which can be derived from the optimal intertemporal allocation of resources. The logic of this rule is as simple as it is intuitive: if the state builds a new bridge that can be used over the next 50 years, there is no reason to pay for it out of the current year’s revenues.

Even the very conservative German Council of Economic Experts has explicitly endorsed the principle of the golden rule in a special report published in 2007 (Staatsverschuldung wirksam begrenzen). The council argued that ‘the requirement of a general debt prohibition would be economically as absurd as banning private individuals or companies from borrowing’.

By abandoning the black zero as a Leitmotif for fiscal policy and instead focusing on the golden rule, Germany could do a great deal to improve the prosperity and quality of life of future generations. It would also contribute to greater political stability. A better municipal infrastructure and more resources for education could help counter the widespread dissatisfaction with the political class. In addition, with ample public funds research and deployment of renewable energies—in line with the country’s envisaged transition (Energiewende)—could be increased considerably.

At the same time, more public investment in Germany would help reduce the excessive German trade surplus and contribute to a more balanced adjustment within the euro area. This could reduce the protectionist aspirations of the US government, for which Germany is a special target because of its very high surplus on the current account.

While the economic and political benefits of such a fiscal-political paradigm shift are palpable, it is hard to see what holding on to the black zero could bring for Germany. Technically, the debt ratio would drop from the current 56 to 31 per cent in 20 years. No serious economist could deduce why such a value for the debt ratio is more advantageous.

The main political challenge is to overcome the deep-seated aversion of Germans towards debt. In the German language the word Schuld connotes not only ‘debt’ but also ‘guilt’. And it is very difficult to explain the mechanics of how a proportionate increase of public debt to nominal GDP generates a stable debt-to-GDP ratio.

But this is no excuse for sticking to a black zero and renouncing the huge economic and political potential for Germany of such a paradigm shift. In the story of the emperor’s new clothes it was a boy who pointed out that the emperor was naked. The SPD should have the courage to do the same with the myth of the black zero.

As the party’s turnaround with the Hartz reform has shown, it can pay to be courageous. In fact there are already today prominent German economists questioning the debt brake. And we all would then not have to face the question of our children and grandchildren in 20 or 30 years: how could we have wasted such a huge opportunity to enhance their economic and political wellbeing, while protecting the ecosphere?