They are a political odd couple, Emmanuel Macron and Sigmar Gabriel, yet they have together put out a radical proposal for reforming the EU/EZ that might just help revive the tired and troubled social democratic project in Europe. The ideas they present are certainly different from the ultra-cautious petits pas recently proposed by the current protagonists of the traditional Franco-German tandem, Francois Hollande and Angela Merkel. And, whereas the latter, by ruling out any EU treaty change, sent a cold douche over Downing Street, the Gabriel-Macron paper offers not only treaty change (in abundance) but a vision of a two-speed, nay multi-speed Europe that might suggest to the Brits an opportunity they can’t refuse this time.

Both are economy ministers but most similarities end there. Macron, author of a controversial proposed piece of legislation to liberalise/deregulate the French labour market (ten years after the Germans) and tackle professional closed shops, is a former Rothschild banker who isn’t even a member of the Socialist party (PS): he hasn’t renewed his card for several years. Gabriel, almost 20 years older, is a former teacher who has been a stalwart SPD member and cadre since his youth, rising to become deputy chancellor in Merkel’s third government and second grand coalition with the social democrats. The German economy is, despite critical gaps, thriving; the French economy, even with a recent spurt of growth, on its knees. The German government appears master of all it surveys, including Europe; the French government weak, divided, unpopular, in an even worst state than the first Mitterrand administration of the early 1980s.

Yet the unlikely pairing has produced a variant of the “European New Deal” that contains several well-worked themes but puts them and others, more fresh germs of ideas, in a more holistic and, for the most part, convincing frame. Thus, “structural” reforms are matched by, even surpassed by “institutional” or governance reforms and the latter are, crucially, subjected to measures to close the ever-widening, ever-deepening democratic deficit. In other words, rather than opt for “less” Europe as the UK Tories and some right-wing populist parties demand, Gabriel and Macron plump for “more” – particularly for the Eurozone as the core of the EU.

So, drawing on and expanding ideas put forward via SE, by the Bertelsmann Stiftung, by the S&D Group (notably in Basta!), even by Germany’s official five wise economists (Sachverständigenrat) et al, we have: an embryo Eurozone treasury overseen by a Mr/Ms Euro, an incipient (and modest) EZ budget financed by a revived FTT and part of harmonised corporate taxes, joint/shared debt liabilities (like but not as far-reaching as the “blue” and “red” debt mutualisation scheme), the ESM (European Stability Mechanism) extended into a European Monetary Fund… and a Euro or EZ group/sub-chamber established inside a further-empowered European Parliament to monitor and control the powerful new executive powers (Six-Pack, Two-Pack, Semester) handed to the largely unaccountable economic and monetary affairs commissioner (now Valdis Dombrakis) and the Euro-Group.

The authors call this the “launch of an economic and social union” with minimum (undefined) social standards, “consistent” minimum (not “living”) wages, some (unspecified) harmonised corporate taxes. Absent is the European or Eurozone unemployment insurance scheme some see as an essential element of a revamped monetary union given the levels of joblessness, especially among young people. Also absent is a serious programme for investment rather than deficit control fixation and, above all, a sustained critique of the neoliberal policies (Austerity über alles) that have brought us to the current sorry pass.

Even so, it is remarkable that the two have produced and endorsed such progressive ideas that seemed to have been kicked into the long grass. It’s all the more remarkable given that Gabriel, for instance, has hardly been a radical inside the two grand coalition governments he has served (unless you count the restricted minimum wage) and, indeed, has been quite a loud supporter of further austerity for, say, Greece and other “Troika programme” countries. The SPD has continued to pay the price of supporting orthodoxy, slumping to its worst-ever result in Bremen’s Landtag elections last month and polling at or below 25%. Macron, meanwhile, is still a new, untested member of a government noted for its inconsistency and incoherence.

If the two fall short of producing a blueprint for fiscal and political union, as many would demand, they do come close to adopting more federal views about the EZ/EU future architecture. “We need a simpler and more efficient union, with more subsidiarity and streamlined governance,” they say in a play from the UK Conservative book. Indeed, they are groping towards balancing greater strides towards integration with strengthened roles for national parliaments – but always stop short, opting for waffle such as “a union of solidarity and differentiation.” Nevertheless, they do grasp one unavoidable nettle: what to do about the nine EU members which are not in the euro.

Here, and Macron is especially keen on this, they talk of a two-speed Europe or, even, one working at several speeds (“variable geometry” as it’s known in the trade and that for some time). It’s by no means clear how they envisage dealing with what George Osborne, the UK finance minister, called the relationship of the “ins” and the “outs” at least three years ago – and a problem that remains unsolved. But we’re obviously working, certainly with the Brits, maybe the Greeks (?), towards a multi-layered EU. Whatever the outcome of David Cameron’s predominantly phoney renegotiations of the terms of the UK’s EU membership this has got to be at the heart of the new architecture. As Helmut Kohl said as long as 25 years ago: the slowest ship in the convoy cannot determine the speed of the rest. Equally, that ship may prove indispensible when it comes to specific (policy) manoeuvres. It would be good if the authors returned to this theme with fully-crafted proposals. 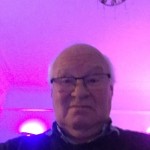