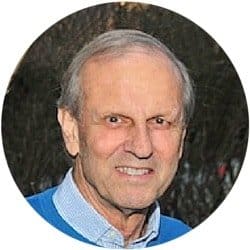 Fake news in America’s public square is a failure of its information marketplace. Remediation should occur through enhanced marketplace competition, not government censorship.

I have argued that the quality of democracy is lower in America than in much of Europe. It lacks co-determination, for instance, which is why US wages stagnate even as inflation-adjusted wages in northern Europe have risen steadily for decades to leapfrog American ones. More broadly, the preferences of Americans are less reflected in public policies than in Europe, feeding discontent with US democracy. Americans have less confidence than Europeans in their legislative and judicial institutions.  Fewer than half of Americans believe it’s “absolutely important to live in a democracy;” the share rejecting democracy is more than double that in Northern Europe. And one-third of Americans have come of late to support “a strong leader who doesn’t bother with Congress or elections.”

America’s pay-to-play politics and unrepresentative electoral system are causal factors (conservatives mock reformers as “simplistic” majoritarians). But equally important is the failure of its information marketplace, awash with fake news.

The age of enlightenment informed by the Inquisition and censorship victims such as Socrates, Joan of Arc, Galileo, and Thomas More energetically embraced free speech. Its clarion call was John Milton’s 1644 Areopagitica speech to Parliament. Milton has been restated famously in Supreme Court Justice Oliver Wendell Holmes’ 1919 opinion (Abrams v. United States) rejecting censorship unless speech “so imminently threatens immediate interference with the lawful and pressing purposes of the law that an immediate check is required to save the country.” Censorship is unwarranted, argued Holmes, except in extremis because fables typically fade in the marketplace of ideas: “the best test of truth is the power of the thought to get itself accepted in the competition of the market.”

Enthusiasm for Milton’s desideratum by America’s constitutional fathers was tempered by failure of what we today would term Holmes’ information marketplace. In the wake of Shay’s Rebellion in 1787, for instance, Elbridge Gerry lamented the dissemination of fake news in the new nation by “pretend patriots … (voters) misled into the most baneful measures and opinions, by the false reports circulated by designing men.” And James Madison considered the “artful misrepresentations by interested men” an existential threat to the new nation, warning ominously (with sobering contemporary relevance), “a popular government, without popular information, or the means of acquiring it, is but a prologue to a farce or a tragedy.”

Even so, the censorship regime that has evolved in America is more permissive than in Europe where hate speech – informed by the 20th century abuse of free speech by Nazis and other home-grown fascists – is criminalized. The deaths of 80 million will bring that. Reflected in the European Convention of Human Rights and the International Covenant on Civil and Political Rights and supported by the European Court of Human Rights, European nations (and Canada) temper speech. For instance, the ECHR is obligated “to sanction or even prevent all forms of expression which spread, incite, promote or justify hatred based on intolerance ….” In contrast to the open display of Nazi paraphernalia in Charlottesville, for example, France prohibits its sale while Germany bans Nazi emulators and would jail neo-Nazi marchers that the US Supreme Court embraced in its decision National Socialist Party of America vs. Village of Skokie (1977).

Canada, France and Germany sanction hate speech while broadly encouraging a plurality of opinion and fact-based reporting by broadcasters and print media. That has caused fake news to become concentrated on social media there, most prominently in Russian propaganda campaigns. Indeed, the Kremlin has targeted both European and American voters, stirring racial animosity and promoting favoured candidates including Geert Wilders, Donald Trump, and Marine Le Pen.   In response, the EU led by France and Germany is seeking to corral fake news on social media. In contrast, the American reaction has been dilatory, despite objective recent research demonstrating that it likely accounted for the election of President Trump.

American indulgence of fake news is unwarranted. Contrary to the position of US conservatives, voters demonstrably do not intuit the truth during periods like today when fake news dominates, information markets lack objectivity, and factual reporting is demonized. Indeed, the Third Reich, and the millennia featuring the divine right of kings, the biblical foundation of slavery and the like provide ample evidence that Justice Holmes’s expectation of truth prevailing in the marketplace of ideas ignores the woeful lessons of history.

For truth to prevail, the information marketplace must be competitive and facts nurtured.   Utilizing the Holmes formulation, the American information marketplace is broken, factual reporting drowned out by mostly conservative partisans. Fabulists in the White House and Kremlin along with entities such as Fox News and Sinclair Broadcasting have weaponized fake news. They have demonized fact-based journalism so effectively that more Americans believe that the mainstream press is their enemy than trust it. Indeed, President Trump’s wielding of fake news and attacks on factual reporting are major factors responsible for America’s plunge to 45th place in the World Press Freedom Index by Reporters Without Borders. Norway ranks first.

Government censorship is one remedy for information market failure. A better option is to enhance the competitiveness of the American information marketplace by resurrecting the Fairness Doctrine. It was a rule issued in 1949 by presidential appointees at the Federal Communications Commission (FCC) responsible for regulating television and radio.   Over four decades, American broadcasters were obligated under the Doctrine to provide competing viewpoints objectively and air a full range of opinion while allowing rebuttal opportunities to those criticized. The Fairness Doctrine did not guarantee that broadcasters only report facts.  But the obligation to provide equal coverage discouraged fake news. It biased broadcasters toward self-regulation that embraced fact-based reporting and away from embarrassing half-truths and fake news.

History affirms that the Doctrine is an effective device to add new, factual voices to the marketplace. It produced a common body of facts available to all voters, continually tested and expanded by independent investigative journalists vigorously competing with each other. The American information marketplace occupied the sweet spot where national leaders, Russians, ideological media proprietors and political partisans had to contend daily with thousands of rival journalists enjoying equal access and airtime to present fact-based reporting.

Generally conservative proprietors bridled at the equal access rules and persuaded President Ronald Reagan to abandon the Doctrine in 1987 despite majority support in Congress. It has since fallen into obscurity. Even Democratic Party Presidents Clinton and Obama were unwilling to risk the ire of powerful broadcasters by resurrecting the Doctrine. The censorship of disfavored information and dissemination of fake news in the decades since by broadcasters is a reductio ad absurdum of conservative criticism of the Fairness Doctrine.

While Trump and the Republicans who garner political advantage from weaponized fake news will resist, appointees to the FCC by a new president could resurrect the Fairness Doctrine without constitutional hindrance. The American Supreme Court in Red Lion Broadcasting v. Federal Communications Commission (1969) embraced that Doctrine. It concluded that the information-access right of viewers and listeners is superior to any speech rights asserted by broadcast proprietors. Indeed, as explored in Billionaire Democracy, that Doctrine should be applied to social media as well: the right of voters to factual information as expressed by America’s founders is superior to any right of media proprietors to profit from fake news clickbait.

Fake news is the strongest possible signal that US information markets are broken, the factual information required for a high quality democracy obfuscated. Those markets should be rehabilitated and strengthened by reestablishing a modern Fairness Doctrine.