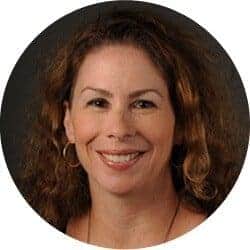 Europe today is in crisis. Economically, much of the continent suffers from low growth, high unemployment and rising inequality, while politically, disillusionment with the European community as well as domestic institutions and elites is widespread. Partially as a result, right-wing populism is growing, increasing political instability and uncertainty even further. Although many have noted a correlation between the rise of populism and the decline of the social democratic or centre-left, the causal relationship between them has not been sufficiently stressed. Indeed, to a large degree the failures of the latter explain the surprising popularity of the former.

The historical role of the centre or social democratic left

Although the decline of social democracy and the rise of populism have become particularly noticeable since the financial crisis that began in 2008, the roots of both lie much earlier, in the 1970s. During this decade economic and social/cultural changes began unsettling long-standing voting and political patterns. Economically, the postwar order was running out of steam, and a noxious mix of unemployment and inflation hit Europe. However, social democrats lacked well thought out plans for getting economies moving again or for using the democratic state to protect citizens from the changes brought by ever-evolving capitalism.

Such plans, of course, had been precisely what social democracy had offered after 1945. Back then, social democrats had not only insisted that it was possible to reform and even improve capitalism – they devised concrete policy proposals for accomplishing this task. These policies enabled governments to contain and cushion the most destructive and destabilising consequences of markets without fettering them entirely. In contrast, during the late twentieth and early twenty-first centuries, social democrats offered either rearguard defences of socioeconomic policies that may have made sense decades ago but which are now out of touch with the realities of a changing global economy, or else watered-down versions of neoliberalism (such as the English “Third Way” or the German “Neue Mitte”) that left many citizens wondering why they should bother to vote for the social democratic or centre-left at all.

The absence of a distinctive, effective social democratic response to economic problems allowed a neoliberal right that had been organising and thinking about what it saw as the drawbacks of the postwar order to begin freeing capitalism from many of the restrictions that had been placed on it beginning in the 1970s. And this unfettered capitalism, in turn, not only helped create the financial crisis of the early twenty-first century, it also drove many voters to the populist right which explicitly promised to rein it in and protect “true” citizens from its harshest effects.

At the same time that European economies were changing, so were European societies. Social and cultural changes unleashed in the late 1960s threatened traditional identities, communities and mores, a process further exacerbated by growing immigration. Together these trends helped erode the social solidarity and sense of shared national purpose that had supported the social democratic postwar order and helped to stabilise European democracies in the decades following the Second World War.

Historically, social democrats recognised and indeed promoted social solidarity and a sense of shared national purpose, identifying these as necessary to the legitimacy of high taxes and a strong welfare state. During the last decades of the twentieth century, however, this basic fact was all too often forgotten or wished away by a centre or social democratic left that lacked distinctive, effective responses to the social, cultural and demographic changes that weakened the sense of solidarity and shared national purpose across one European country after another.


The absence of a distinctive, effective social democratic response to growing diversity allowed the extreme or multicultural left to become the loudest left-wing voice on this issue. This camp tends to see society as divided into irreconcilable groups, with different values and traditions all around. Efforts to find common ground or ease differences, in this view, are undesirable and counterproductive.

This emphasis on the “politics of recognition” – as opposed to the centre-left’s traditional emphasis on the “politics of redistribution” – was bad for the left and bad for democracy. It led many intellectuals away from a focus on economic issues and fragmented the left in a way that makes it hard to build majority coalitions and win elections. It also makes it almost impossible to generate the social solidarity or shared sense of national purpose that is necessary to support the rest of the centre-left agenda or healthy democracy more generally. And of course, a stress on the primacy of racial, religious, or sexual identity over class or even national identity, along with the implicit and often explicit denigration of those worried about the rapidly changing nature of their societies, has also helped to drive many voters to the nationalist, populist right.

It is now fairly commonplace to note the support given by traditionally left or social democratic voters to the populist right. This connection was on obvious display in the Brexit referendum, where many traditional Labour strongholds and supporters voted to leave the EU, and it has been a prominent feature of elections across the continent as working-class voters in particular have flocked to right-wing populist parties. And of course, a version of this was present in the United States, where Donald Trump garnered disproportionate support from less-educated and working-class voters. What is still worth stressing, however, is the causal connection between the failures or missteps of the centre or social democratic left and the rise of right-wing populism.

During the decades following the Second World war, centre-left and social democratic parties offered attractive solutions to the economic and social challenges facing European democracies. They promised citizens an economic order that neither erased capitalism (as many on the far left desired) nor gave it free rein (as classical liberals and contemporary neoliberals favour). Instead, they promised citizens the benefits of capitalist economic dynamism and innovation as well as to shield them from capitalism’s sometimes destructive effects.

The centre or social democratic left also promoted social solidarity and a sense of national purpose – welfare states would protect the health and well-being of all citizens and government would commit itself to creating an equal and prosperous society that benefited all. By the last decades of the twentieth century, however, the centre or social democratic left no longer had convincing responses to the most pressing economic and social challenges facing European societies, and voters accordingly began looking for other political alternatives.

For many former or traditionally left voters, the most attractive alternative turned out to be the populist right, which offered simple, straightforward solutions to citizens’ economic and social fears. Economically, the populist right promises to promote prosperity, via increased government control of the economy and limits on globalisation. Socially, the populist right promises to restore social solidarity and a sense of shared national purpose, by expelling foreigners or severely limiting immigration; diminishing the influence of the European Union, and protecting traditional values, identities and mores.

For those who bemoan the rise of the populist right, the challenge is clear: you can’t beat something with nothing and if the left can’t come up with more viable and attractive solutions to contemporary problems than those offered by its competitors it can expect to continue its slide into the dustheap of history.