Freedom House recently demoted the United States from top rank among the world´s democracies. The reasons given include ‘the cumulative impact of flaws in the electoral system, a disturbing increase in the role of private money in election campaigns and the legislative process, legislative gridlock, the failure of the Obama administration to fulfill promises of enhanced government openness, and fresh evidence of racial discrimination and other dysfunctions in the criminal justice system’.

Given the historical role of the US in pioneering democracy around the world, this demotion may have international consequences. It was practically the world´s sole democracy until 1850 when Europe was swept by revolutions that led to the gradual proliferation of democracy. However, following the outbreak of WWII, there were only five democracies in Europe in 1943: the UK, Ireland, Iceland, Sweden and Switzerland. Under US leadership from 1945 to 2000 the number of democracies around the world rose to 90, nearly a half of all states, but thereafter the spread of democracy halted again. Even Hungary and Poland, fully fledged EU members, show new signs of dwindling respect for democracy and human rights, flirting openly with “illiberal democracy.” The hope that the former Soviet republics would evolve toward liberal democracy post- Cold War has not materialized, with the striking exception of the three Baltic states.

So what went wrong in the US and what are the prospects of restoring the international spread of democracy?

The rise in US inequality weakens democracy in several ways.

First, unequal voting rights tend to weaken resistance against social and economic inequality among politicians who benefit from them through uneven apportionment of seats in the Senate, discriminatory voter registration practices, and gerrymandering. Five of the 45 US presidents, including two out of three since 2000, took office without having won the popular vote: a clear sign of corrosive systemic flaws.

Second, increased income inequality has gone along with increased politicization of the US Supreme Court. This culminated in its 2010 ruling that no legal limits can be placed on corporate contributions to political campaigns, further undermining popular confidence in the Court. Less than a decade earlier the Court´s decision to hand the presidency to George W. Bush in 2001 by five votes to four along party lines had led John Paul Stevens, the third longest serving justice in the Court’s history, to state: ‘Although we may never know with complete certainty the identity of the winner of this year’s Presidential election, the identity of the loser is perfectly clear. It is the Nation’s confidence in the judge as an impartial guardian of the rule of law’. Unchecked private money in political campaigns exacerbates economic inequality by enabling wealthy donors to dictate their instructions to increasing numbers of politicians.

Third, legislative gridlock appears correlated with increased income inequality. Gone are the days when Republicans and Democrats in Congress could work together in the national interest or even get along. The term ‘liberal Republican’ – remember Nelson Rockefeller? – has almost become an oxymoron. There are different ways to narrate the story of the disappearance of bipartisanship. Perhaps the problem arose with the resignation of President Nixon that led the Republicans to go after President Clinton with unprecedented ferocity as if to seek revenge. The contemptuous treatment of President Obama by Republicans in Congress, including their unwillingness to even consider his Supreme Court nominee in 2016, can be viewed in this light.

Moreover, increased economic inequality may have encouraged political polarization by reducing the number of voters who participate in elections and who make informed decisions. Deteriorating public education and racial discrimination showing few signs of abatement reflect growing regional discrepancies in public services. ‘Alternative facts’ and outright lies played a striking role in the last Presidential election – and still do. Contrast this with Alexis de Tocqueville’s observation in Democracy in America (1835, 1840) that ‘… not only are fortunes equal in America, equality extends to some degree to intelligence itself. I do not think that there is a single country in the world where, in proportion to the population, there are so few ignorant … individuals as in America’. He saw equality as an important pillar of democracy.

Abraham Lincoln understood the problem, saying: ‘I am a firm believer in the people. If given the truth, they can be depended upon to meet any national crisis. The great point is to bring them the real facts, and beer’.

If economic inequality continues to intensify, the outlook for democracy to recover in the US and elsewhere appears dismal. This vicious circle can be broken by reversing the rise in inequality through campaign finance reform to release politicians from the suffocating embrace of wealthy donors. More progressive public expenditure and tax policies would also help.

Without such reforms, just as increased inequality of income and wealth may spread like weed within and across countries, dwindling democracy may prove to be contagious. When the US misbehaves, other countries may consider it safe to follow. And Europe needs to assume the lead by showing the rest of the world the benefits of a more egalitarian society. 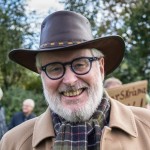