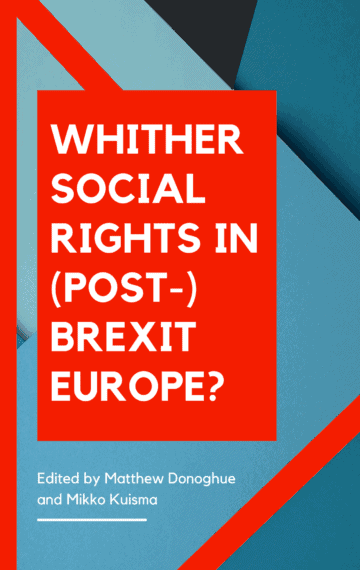 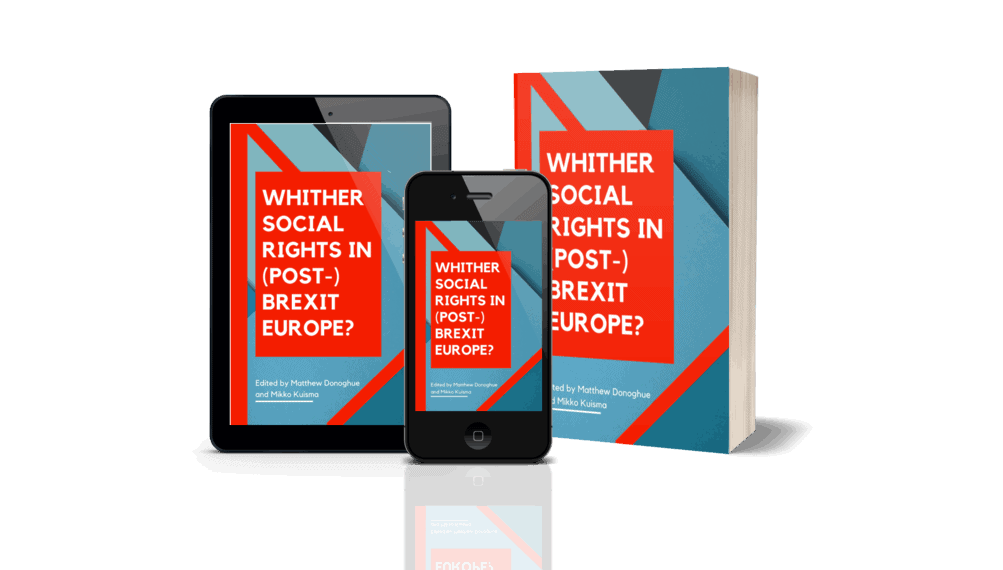 With the United Kingdom’s departure from the European Union, it is appropriate to reflect on the future social pathways now open to the European Union, made more possible perhaps by the UK’s exit. For example, could Brexit result in an EU in which considerations of social citizenship and rights are elevated up the agenda in Brussels? Could the EU’s focus hitherto on ever-closer economic union and international competitiveness be shifted towards the European Pillar of Social Rights so as to strengthen it, make it more tangible in citizens’ lives and central to a renewed EU agenda? A reinvigorated social Europe may yet arise from the Covid-19 pandemic and its tragic consequences owing to a widespread, recovered recognition, not only of the state’s positive role in managing such crises, but of how it can play a decisive, transformative role in our lives for the better.

This book correctly emphasises the need to place the future of social rights in Europe front and centre in the post-Brexit debate, to move on from the economistic bias that has obscured our vision of a progressive social Europe. I welcome, too, the inclusion of chapters examining the consequences of Brexit on Irish-British relations, as well as its socio-economic implications for households and families, and the complexities of migration within and beyond the EU—all issues that were regrettably overlooked in the pre-Brexit, rancorous debate.

New ideas are now available—ideas based on equality, universal public services, equity of access, sufficiency, sustainability—that will allow for a social Europe embedded in an alternative paradigm of social economy within ecological responsibility, now so urgently desired across the streets of Europe. Out of the wreckage and tragedy of Covid-19, let us all work together with an enhanced spirit of commitment to the delivery of social rights for all Europeans.

‘The EU invented a Pillar of Social Rights in 2017. The authors of this book explore whether it became a game-changer, and if various aspects of social citizenship would affect post-Brexit relations between the UK and the remaining 27 member states. In the shadow of Covid-19, it is even more important to ask.’

– László Andor, general secretary of the Foundation for European Progressive Studies and a former European commissioner for employment, social affairs and inclusion

‘Featuring essays from some of the most insightful and accomplished observers of European politics today, this volume will prove invaluable to those interested in understanding how social rights will or should develop in a post-Brexit EU.’

– Sheri Berman, professor of political science at Barnard College and author of Democracy and Dictatorship in Europe: From the Ancien Régime to the Present Day (Oxford University Press)

‘In 2020, we’ve seen a year when the tectonic plates of geopolitical, economic and social realignments have started to shift in earnest. This work is both timely and essential for anyone who seeks to understand more deeply the important role that social rights and social justice can and must play if we are to create a more equal and just world.’

Share on TwitterShare on FacebookShare on LinkedIn
Home ・ Library ・ Books ・ Whither Social Rights in (Post-)Brexit Europe?