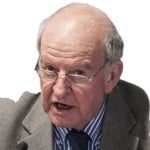 Stuart Holland argues that what Europe needs urgently is not new institutions, as recommended by Thomas Piketty and others, but a Green New Deal. In December Thomas Piketty and several others launched a Manifesto for the Democratisation of Europe, supported by 120 European politicians and academics, including proposals for a new European Union treaty, a […] 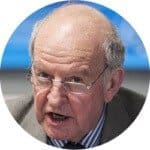 James Downes and Edward Chan (Social Europe, 29 June) have written of the debacle of the social democratic Left in Europe and echoed others such as Sheri Berman who has claimed that this is because it has run out of ideas (see here) while Dani Rodrik of Harvard, even more sweepingly, has claimed that, since […]

The outcome of the negotiations for a Grand Coalition in Germany has been remarkable. For the SPD to get foreign affairs and labour is not surprising, but to gain the finance ministry is more than many could have hoped. The appointment of Olaf Scholz, Mayor of Hamburg, also might mean a new direction for Germany […]

Europe is in a Gordian knot of debt, deflation and democratic deficits. A hegemonic Germany that Adenauer, Brandt, Schmidt and Kohl wished to avoid dominates the Eurozone, has defeated democracy in Greece and seems unassailable in its demands for austerity. German arrogance is matched by Commission subservience to Berlin. The ECB is assumed to be […]