Basak Kus is associate professor of sociology at Wesleyan University in Connecticut. She is a member of the editorial boards of Socio-Economic Review and International Journal of Comparative Sociology. 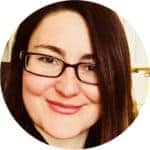 Immigration has always been a prominent issue in American politics. It has become even more salient with the presidency of Donald Trump. A major debate at the moment concerns the economic impact of immigration—low-skilled immigration, in particular. It is argued that immigration has suppressed wages, discouraged unions, and exerted fiscal pressure on the welfare state. […]