About Anton Hemerijck and Massimiliano Santini

Anton Hemerijck is professor of political science and sociology at the European University Institute. He researches and publishes on social policy, social investment and the welfare state, and is a frequent advisor to the European Commission. Massimiliano Santini is policy leader fellow at the European University Institute and former senior economist with the World Bank. A graduate of Harvard Kennedy School, he researches and publishes on political narratives and how they mobilise citizens around competing visions of the world. 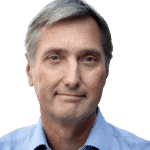 The welfare state in Europe must become a social-investment state if the broken European social contract is to be renewed.