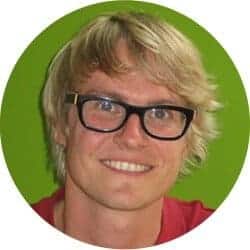 Trump in the White House, Orban in Hungary, the Law and Justice party in Poland, the AfD in Germany, Erdoğan in Turkey… It seems like the list of challenges to our democracies is worryingly extensive already. Time to act! And the area where one should act might surprise you: our companies.

Democracy lives in the values of speaking up, participating in decision-making and getting involved. It’s when societies think their voices and votes don’t matter that democracies are threatened to their core. Yet, the places where we spend a good deal of our active days, companies, are quite authoritarian. Speaking up is not always valued, participation in decision-making not welcome and don’t even think about suggesting the right to vote out your management.

Think about it. Our societies want us to spend about 40 hours a week in non-democratic environments, doing as we are told and at the same time being critical, vocal and engaged citizens in the remaining time. No surprise that many resolve this cognitive dissonance by retreating from political democracy altogether, with unfortunate consequences.

It’s not the first time our societies have been confronted with occupying this limbo between democracy and the capitalist organization of the firm. And many countries have found ways to at least lessen this painful gap by giving employees a vote. Not (yet) to choose the company management, but to appoint some representatives who can talk with the management on their behalf.

Unions, works councils and similar institutions take democracy down to the company floor. Imperfect, sure, but they give at least a slim democratic coating to our otherwise rather autocratic working lives. They enable workers to voice their demands, suggest changes and expose issues with a lower risk of personal retaliation.

And, by doing so, they create an environment in which individual employees feel more comfortable to speak up too about their own work. About how it can be improved; about when to do what. And these hands-on experiences breed a more general democratic culture. According to two recent studies, employees who are involved in decision-making at work are more likely to be interested in politics, vote, sign a petition or be active in parties or action groups. And this is what democracy is all about.

The picture is quite clear: if we want political democracy to succeed we need citizens to have practical experiences with participation and involvement. And where better to organize this than in companies: Empowered employees produce emancipated citizens. No coincidence that the European Trade Union Confederation aims to put this back on the policy agenda.

Lacking a voice in the workplace, lacking hands-on experiences with (often difficult) democratic decision-making, many turn to politicians promising to be their voice. “I am your voice” said Trump to working America in 2016. Similarly, the German AfD put itself forward as the voice of the ‘little man’.

They all promise to restore ‘real democracy’ by taking their voice to the highest level. At the same time, all these populists take measures which break the voice of workers at company level. Trump is making it harder for unions to organize or bargain collectively. In Hungary, the Orban government has limited the right to strike and made organizing more difficult.

These populist leaders, in other words, promise us a fish, but surely aren’t going to teach us how to fish.

The risks of eating away workers’ rights

And the problems are not limited to such countries. Unionization rates in most of the developed economies have been declining over the years, in line with the number of employees covered by a collective agreement. Currently only one in two employees in Europe works in a company that has a union, a works council or a similar institution.

Half of European workers are thus denied empowerment through workplace democracy. An obvious threat to democratic culture and our political democracy. And, therefore, a political priority, right?

Not really. Democratizing companies is unfortunately not high on the agenda of our (political) representatives. A three-year old could easily count the recent political initiatives that strengthened democracy at work. And trusting in the goodwill of enlightened employers and managers to listen to their workers isn’t the way forward either. You need enforceable rights to be informed, consulted and able to participate in company decision-making. You need protection for those representing the people.  Just as we realized that checks and balances, a constitution and a strong judiciary are to be preferred over the hope of getting an enlightened leader.

Of course, promoting democracy at work means limiting the absolute reign of capital in companies. And that seems to be an insurmountable challenge for our democratically elected governments. Last time we made real advances on this issue we needed a world war and the spectre of communism to haunt Europe. We can only hope our democracies will prove more pro-active this time. Or am I not showing enough support for political democracy now?

Stan De Spiegelaere is a researcher at the European Trade Union Institute (ETUI).