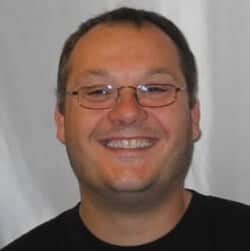 The ongoing economic crisis has had many political losers, and some (mostly short-lived) political winners, but among all the change, one thing stays the same: the left remains weak.

Despite all the obligatory warnings about a “radical left” surge on the part of the neoliberal right, real radical left parties have hardly profited from the socio-economic destruction that has ravaged a large part of the European continent. The Greek Syriza is the only real success story and this is a story that takes place in the most extreme case, as painfully exemplified by the parallel rise of the neo-Nazi Golden Dawn party.

Other left-wing parties, like the Dutch Socialist Party (SP) or the French Left Front (FdG), are only “far left” in the minds of neoliberal pundits, like the writers at The Economist. At the same time, social democratic parties have neither moved significantly (back) to the left, nor gained significant support in recent elections.

This absence of a successful left-wing counter-project for the ongoing economic crisis and the European future had led to frantic soul-searching within left-wing circles, mostly within think tanks like Policy Network. But so far the analyses and prospects do not look promising.

I believe that the problems reach much deeper than most commentators have acknowledged and include both the demand-side and supply-side of redistributive politics – or old-school social democratic politics, if you will. Thirty years of neoliberal hegemony has created several generations of Europeans with little exposure to social democratic ideology and little experience of significant redistributive politics. This is reflected in the changed values of both the traditional electorate, i.e. the working and lower middle class, and the political leadership of left-wing parties.

Less of the same

Let’s take a quick step back to left-wing politics in the past three decades. Responding to a dwindling white working class, most social democratic parties in Europe went looking for a new electorate, the so-called ‘new center’ (neue Mitte), which was courted with a ‘Third Way’ discourse that prioritized pragmatics over ideology.

Renouncing not just the discourse but also the fundamental values of social democracy – i.e. creating a socio-economically more egalitarian society through redistributive state intervention – the Third Way started as a secular version of the Christian democratic social market economy and ended as a neoliberalism light.

As the right became more and more enthralled with deregulation and privatization, the (center) left response was essentially not much more than asking for less of the same. Devoid of an ideological alternative, it had neither the discourse nor the values to challenge the fundamentals of the neoliberal project. This was left to the radical left, i.e. the mostly communist parties, which became collateral damage in the fall of the Berlin Wall. Hence, neoliberalism reigned supreme and social democracy became a religion without preachers.

But social democrats looked not only to the new center for new voters, they also looked beyond the ‘native’ voter, reaching out to the growing group of immigrants and their (native) descendants. Having renounced class rhetoric, these ‘new citizens’ were courted through a soft multicultural discourse, in which ethnic equality replaced class solidarity.

This strategy was also highly successful in the short-run, as in most European countries with significant minority populations, social-democratic parties became the favorite parties of minority voters. Unfortunately, this came at a high price: the white working class vote, which in many countries protested by exit (non-voting) or voice (radical right voting).

Given the low voting participation of (most) minority groups, the new ‘ethnic’ electorate hardly compensated for the lost ‘native’ electorate – except in some local elections in major cities, where social democratic parties (re-)established their hold on local politics, but in a decentralized and sometimes ‘ethnicized’ manner.

In some countries the formerly radical left tried to fill the social democratic void, though often half-heartedly. Good examples are the Dutch SP or the German The Left, although that party also cultivated a specific ‘Eastern’ identity to capture the Ostalgie vote.

Consequently, the party would continue to use a radical left discourse and a radical oppositional style, which marginalized it among both the masses and the elite. Many of the parties are also (still) led in an opaque or overtly undemocratic style, which hinders their attractiveness and effectiveness in a liberal democratic system. Based on compromise and pluralism.

So, where does that leave the left in the European crisis? Mostly toothless. With the exception of Greece, where a large portion of the people have become so desperate that they are looking for any alternative to the Troika-dominated mainstream parties, and where social democracy was also secondary to populist clientelism, radical left parties remain limited to a fairly stable minority of the electorate.

Given their institutional inertia, there is little reason to expect a significant change in the foreseeable future. Similarly, social democratic parties are still largely caught in their Third Way cocoon, offering a weak form of Keynesian investment politics to the still dominant discourse and policies of austerity.

As far as ‘ideological’ alternatives are concerned, some argue for a left-wing populism to counter the allegedly growing right-wing populism and regain part of the traditional social democratic electorate. They want social democratic parties to become the party voice of the Indignados and Occupiers, of the 99% against the 1%. To a certain extent, this is the radical but logical consequence of Third Way thinking, in which the ‘new center’ is the 99%. But populism is not the answer. Not only does it reduce politics to essentially a moral divide, which precludes compromise and pluralism, it simplifies the true divisions within society, which are largely within the 99%, not between the 99% and the 1%.

Like Henning Meyer, I believe that the answer is in reaffirming social democratic values and presenting a social democratic answer to the main challenges of today and tomorrow: neoliberal global economics, multi-ethnic societies, and European integration.

Gramsci and the American conservative right

Consequently, the re-invention of social democracy requires a Gramscian approach, i.e. a cultural change will have to precede a political change. It has to rebuild a (significantly modernised) ‘class’ consciousness, in which cultural differences are secondary, and convince an increasingly sceptical population (particularly among the young) of the economic and moral advantages of truly redistributive politics.

If anyone is looking for inspiration, I suggest they study the highly successful recent history of the American conservative right, whose current domination of the Republican Party started decades ago with the concerted efforts of a growing group of conservative intellectuals and think tanks.

This column was first published by OpenDemocracy

Cas Mudde is Stanley Wade Shelton UGAF professor of international affairs at the University of Georgia and a professor in the Center for Research on Extremism at the University of Oslo. Recent books include The Far Right Today (2019) and (with Cristóbal Rovira Kaltwasser) Populism: A Very Short Introduction (2017).