The European Commission is caught between the needs of frontline states receiving refugees and those in the rear resisting responsibility-sharing.

Immigration and asylum has become one of the most politically sensitive issues within the European Union since the major influx of refugees and other migrants in 2015, when some member states refused to operate a quota system for sharing responsibility.

Most of this continuing human flow crosses Greece from Turkey and continues through the Balkans; others traverse the Mediterranean, starting in Libya and ending in Italy, where many reception hubs are overwhelmed. Those on the move are trying to find a path north to Norway, Germany and Sweden—countries perceived to have relatively hospitable immigration policies, as well as high standards of living.

An arc of crises across the middle east, Africa and Asia has shaped a perfect refugee storm in recent years: Libya, Syria, Iraq, Yemen, Somalia and Afghanistan among them. There are also countries within Europe affected by conflicts, now or in the recent past, generating movements of the desperate, such as Ukraine and former Yugoslavia.

After years of division over how to respond, the European Commission unveiled in late September a plan for member states to share their responsibility for asylum-seekers under a compulsory solidarity mechanism. With the German presidency behind it, the pact would require all EU countries to take part and member states would either agree to take in asylum-seekers or take charge of sending back those refused asylum. Earlier in the month, fire had destroyed the Moria camp in Greece, leaving 13,000 without shelter, graphically demonstrating the urgency of the problem.

But would this new pact change the immigration system in Europe, even if it were to be agreed? Some experts say the spirit of the proposal remains the same as before: there would still be the ‘Dublin III’ regulation requiring refugees to claim asylum in their country of arrival—this is purportedly to deter ‘asylum-shopping’—and member states would still determine asylum claims in much the same way.

Others find encouragement in the acknowledgement of structural weaknesses in the EU system. The new pact would accelerate the screening of asylum-seekers at Europe’s borders.

United Nations agencies expressed concerns. The UN high commissioner for refugees, Filippo Grande, urged the EU to respect the basic right to seek refuge under the refugee convention. UNHCR and the International Organization for Migration said the existing EU approach was ‘unworkable, untenable and often carries devastating human consequences’. They called for ‘common EU action to take responsibility for search and rescue, and for disembarking people rescued at sea.’

A worrying contrary development was the recent return by the Greek authorities of asylum-seekers at the land and sea borders with Turkey, amid Covid-19 restrictions on movement. According to Human Rights Watch, Greek personnel in some cases used violence against asylum-seekers, including some deep inside Greek territory, and often confiscated and destroyed personal belongings.

‘For years, the EU Commission has made new announcements, promises and commitments but what we see in the Greek islands and in the central Mediterranean is people seeking safety being systematically subjected to more misery, suffering, humiliation and violence,’ tweeted Dr Christos Christou, international president of Médecins sans frontières.

The proposed EU pact will generate heated debate as several European nations, including Poland, Hungary and Austria, openly resist any measures to force countries into taking in asylum-seekers—although all are signatories to the 1951 refugee convention and its 1967 protocol. Nonetheless, the commission is putting lots of effort into finding a less controversial balance between solidarity and responsibility, trying to please hardline countries with greater flexibility whilst also considering the requirements of frontline member states, such as Greece and Italy.

But the risk is of minimal impact on the current situation of asylum-seekers in Europe. It seems clear that the hardliners have won, as the new pact focuses on the immediate deportation of all those not deemed to qualify as refugees. And meantime those states will go their own way, in defiance of any compulsory system across the bloc to manage asylum.Yet ironically this comes as Germany begins to reap the rewards from its investment in refugees, five years on from the mid-decade surge. 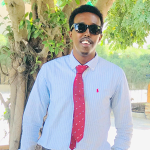 Mohamoud Yusuf is a humanitarian aid worker, consultant, writer and activist. He has a master's in peace and governance from the University for Peace and in international co-operation and humanitarian aid from Humanitarian Aid Studies Centre-KALU.