In the latest contribution to our ‘Europe2025’ series, Sophie Pornschlegel argues the EU needs to rethink its mode of action, in addition to tackling the pressing policy challenges ahead.

A new politico-institutional cycle begins in the European Union. Besides appointing new decision-makers to head the institutions, this is an opportunity for the EU to review its agenda and priorities for the coming years. The European Council published is Strategic Agenda in June and on July 16th Ursula von der Leyen presented her political guidelines, to win endorsement as incoming European Commission president, in the European Parliament.

While the council and the commission will focus on various policy areas, which ‘mode of action’ the EU chooses often remains under the radar. Yet, rather than the discourse on the methods of integration being delegated to academia, decision-makers should rethink their strategy on moving forward in Europe—especially if they want to ensure the EU has the capacity to act and regains its eroded legitimacy.

The union needs to focus on its polity: arising from the integration methods it chooses are the structural reforms it decides to adopt. None of the traditional methods—a neofunctionalism assuming an automaticity of ‘spillovers’ or an intergovernmentalism wary of pooled sovereignty—is appropriate to today’s challenges. Unfortunately, the current trends point towards a power shift back to the European capitals. This is why the EU institutions should strategically rethink their mode of action—possibly based on a new version of the multi-speed Europe, to balance the interests of those who want faster progress with those who are less willing to go forward together while avoiding stagnation.

To find a constructive way forward, the deeper issues and conflict lines at the core of the EU will have to be addressed first—even more so since the EU has had to tackle a complex ‘polycrisis’ in recent years.

First, the ‘output legitimacy’ on which the EU has traditionally relied (what it delivers) has been increasingly transcended by a need for ‘input legitimacy’ (the voice it provides). This is not so much an issue for a democracy at national level but it is for a political system with a sui generis architecture which suffers from a democratic deficit. The European Citizens’ Initiative, more powers for the European Parliament and citizens’ consultations have been first steps to counter this lack of citizen engagement.

As the constitutional lawyer Dieter Grimm pointed out decades ago, however, without a European public sphere there cannot be a demos which decides and acts together in solidarity. This is why the EU has permanently to reconcile the ‘union of states’ and the ‘union of citizens’—and has to work at the intersection between an intergovernmental body and a federation. It has failed to balance these two core aspects, focusing mostly on member states and thus becoming a technocratic body far removed from the reality of its citizens.

Secondly, the Franco-German alliance which in the past led European integration has stalled. Germany is reluctant to abandon its conservative positions, frustrating a proactive French government over the past two years. And emerging alliances—such as the Visegrad countries on migration issues and the New Hanseatic League on economic and financial issues—will lead to a shift in the power dynamics. There has also been resistance by smaller countries against decision-making by the large ones. Who will be the frontrunners of European integration thus remains an important question.

The shift from output to input legitimacy, the dual nature of the EU’s democracy (states and citizens) and these developing geographical divides and alliances all need to be taken into account in the decision-making processes, in a much more comprehensive manner.

Building a democratic EU is not a piece of cake. A few measures could, however, help reduce the democratic deficit.

First, much stronger exchange and dialogue platforms, to ‘burst the Brussels bubble’, would channel the diverging views and enable a broader range of actors to develop their stance on EU affairs—building a political debate which goes beyond the ‘closed doors’ of the EU institutions. This requires much stronger bi-, tri- and multilateral co-operation, not only on the part of top decision-makers but also among the civil-society actors: trade unions, associations, local governments and regions.

The Committee of the Regions and the Economic and Social Committee are existing consultative bodies which could have much more prominent roles in the decision-making process. EU institutions should further strengthen civil-society organisations, such as trade unions or consumer-protection associations, and institutionalise relations with them.

Secondly, the EU needs to complement its institutional architecture. For instance, it could design a long-term strategy on how to include citizen voices in its institutional setting. The development of ‘future councils’ and deliberative fora at EU level would ensure a permanent dialogue with citizens and include them in the decision-making process, in a more sustainable way than through one-off citizens’ dialogues in which the self-selection bias is extremely strong. The planned ‘Conference on the Future of Europe’ announced by von der Leyen should therefore go beyond a ‘nice-to-have’ public-relations event.

Thirdly, the EU shouldput at the forefront of its agenda measures to promote a European public sphere. The Spitzenkandidaten process failed this time because it lacked the necessary support. That does not mean it is dead—rather, it needs to be complemented. Transnational lists should be proposed in such a way that citizens understand what candidates they vote for. European political parties need to be reformed to ensure better co-ordination of national party lines. In addition, bilateral co-operation between national parliaments should be strengthened. The Franco-German parliamentary assembly created in 2018 is a step in the right direction.

Creating a European public sphere also requires more ambitious investments in educational and civic-engagement programmes, as well as in vocational and professional exchanges across the EU. Creating a European social network as well as a European media domain, including TV, radio and online—not only for EU affairs but more generally to promote the European ‘way of life’—would also improve social cohesion in the union.

Finally, pro-European forces should never lose sight of the objective of building a European political union, not merely an economic one. This requires a long-term strategy to build stable majorities for a forward-looking political agenda in the EU which effectively counters populist, anti-European forces. Having faith in this process, despite setbacks, is crucial. The EU has not been built in a day, it is still ‘in the making’ and indeed it can easily and quickly be destroyed if pro-European forces do not have a strategy they believe in. Democratic patience and stamina are inner values we need to work on if we want the European project to be successful in the future. 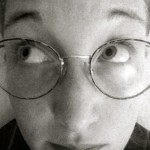 Sophie Pornschlegel is a senior policy analyst and project leader for 'Connecting Europe' at the Brussels-based think tank European Policy Centre. Previously she worked as a project manager at the Berlin-based think tank Das Progressive Zentrum, where she headed the Democracy Lab, a structure dedicated to innovative projects on the topics of democratic innovations, populism and social cohesion.